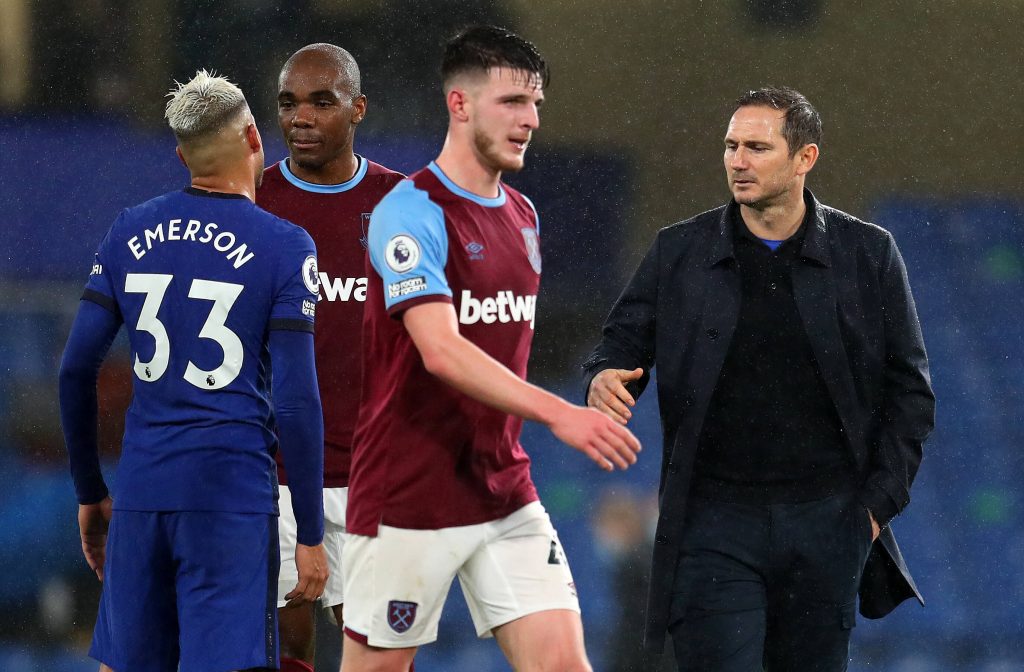 The Blues legend was shown the exit door in January following a run of woeful results, with Thomas Tuchel brought in to replace him.

West Ham and Chelsea are both competing for one of the Champions League spots, and David Moyes’ side might not have had a chance had Rice been sold to the Blues last summer.

Lampard may have kept his job if he had such a player within his ranks, and he has showered praise on the England international, sending a message to the Hammers too.

“Now you see him in the England squad, and quickly you don’t see an England team without Declan in it,” the Chelsea legend said (via Goal).

“I have probably given it away with how I spoke about him, but I think it’s common knowledge that I was a big fan of his. It didn’t happen for various reasons, but we brought in a lot of players in the summer.

“But I was a big fan of him. For understandable reasons, West Ham know the player that they have on their hands.

“I don’t want Declan to be in an uncomfortable position through this because all I see from him is absolute performance and desire to play for West Ham.

“They gave him the chance there, and the choice will be Declan’s as the years go ahead, but his performances are great to watch.”

Rice has been one of the main reasons why the London Stadium outfit are fourth in the Premier League table with eight games to go.

He missed last weekend’s victory over Wolverhampton Wanderers due to an injury he picked up on international duty and will not be available for tomorrow’s six-pointer against Leicester City.

Rice is expected to miss a couple of matches, and there are fears that he could have played his last game of the campaign.

His absence could deal a huge blow on West Ham’s top-four chances, and Moyes will hope to have him back sooner rather than later.

The Hammers travel to Newcastle United next weekend before important clashes against Chelsea and Everton.

They will fancy themselves against Burnley, Brighton & Hove Albion, West Bromwich Albion and Southampton, and have a real chance of qualifying for the Champions League.

In other news, West Ham are reportedly keen on Manchester City man.