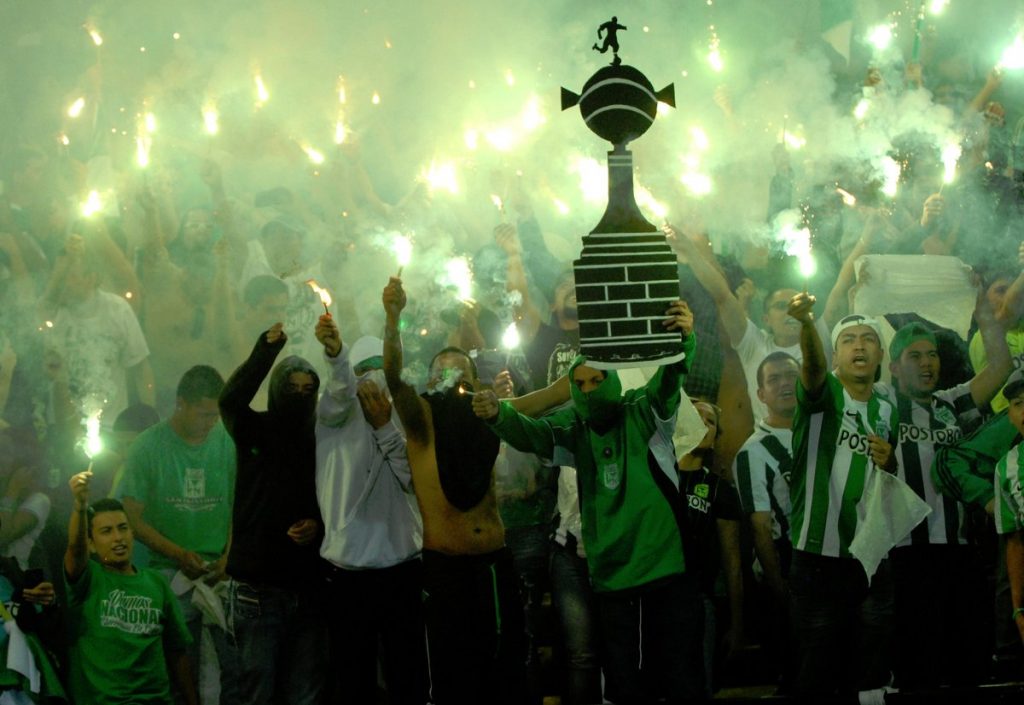 Four football fans lost their lives in in the Colombian city of Medellin during celebrations that followed local side Atletico Nacional’s victory in Wednesday night’s Copa Libertadores final.

The result sparked fierce scenes with the police reporting as many as four deaths and dozens of injuries while over 100 people arrested.

It was a result of more than 600 fights breaking out with fans from Nacional’s rivals in the city of Medellin taking to the streets in an attempt to come face to face with the celebrating supporters.

According to a report from the Associated Press, one of the fans killed was wearing a rival Medellin club’s shirt and he was slashed in the neck with a knife. Nacional fans are also said to have attacked other fans in the Colombian capital Bogota.

The Copa Libertadores de América is an annual international club football competition organized by CONMEBOL since 1960. It is one of the most eminent club competition in Latin American football. The winner of the tournament participates in the Club World Cup organised by FIFA.

South American football has recently been marred with similar instances. The club Boca Juniors was kicked out of the tournament after its fans sprayed River Plate players with an irritant substance during the pair’s last-16 tie in 2015. A Bolivian fan was killed by a flare fired by supporters of Brazilian club Corinthians back in 2013.

Violence remains a worrisome issue in football and it isn’t isolated to South America. Just recently, Euro 2016 witnessed horrific scenes in Marseille and Lille where Russia and England fans engaged in fan brutality.