Former US coach criticizes the lack of support for Bradley

Bruce Arena, the former USMNT coach from 1998 to 2006, recently criticized the US Soccer chiefs for giving adequate support to the current head coach Bob Bradley. Although, the federation has extended Bradley’s contract until 2014.

Despite the fans wanting to see a foreign coach and despite the fact that Jurgen Klinsmann’s name was up there to be the successor of Bradley after the 2010 World Cup exit at the hands of Ghana in the Round of 16, Sunil Gulati, US Soccer president, and Bradley agreed to an extended deal last Monday.

The signing brought a fresh wave of criticism from the fans. And Arena, now in-charge of the MLS team LA Galaxy, thinks that the federation should accept their share of the blame for the public antipathy aimed at Bradley.

He told Yahoo! Sports in his office at the Home Depot Center:

“That criticism comes if you are not given the right support from top to bottom. You need to support your guy and that comes from the top. When that support is not there it brings questions.

“Whether you like the decision or not, England said ‘Fabio Capello is our guy’ and didn’t deviate from it.”

After the World Cup in South Africa, Bradley was said to be exploring new horizons in Europe whereas Gulati was said to have met with Klinsmann. The former Germany coach was also a potential candidate for replacing Arena after the 2006 World Cup.

Arena and Bradley had previously worked together at DC United and Arena has expressed his displeasure at the criticism Bradley currently suffers. He added:

“It was the kind of fortunate draw that we will never get again, but I still rate it as a good World Cup. And I will say until I am on my death bed, the USA should be coached by an American coach.

“Bob Bradley is the right guy. The worrying thing is that again I think we came close to throwing big money at a foreign coach and I think it would have been a mistake.

“You need an American coach. You save some money, a lot of money, and you get someone who understands the American way. This country, and soccer in this country, is different to anywhere else. 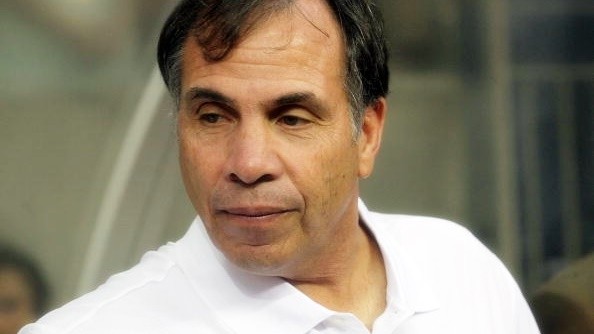 Maybe Arena is failing to understand the power of the philosophy a new ‘big money’ coach brings with him. The ruthless Germany we saw the 2010 World Cup is still running on the same system that Klinsmann left Jaochim Loew with. We all know what they did to the golden generation of England and to the Hand of God and his Messiah.

However, Bradley’s finest performance came during the Confederations Cup in 2009 when US ended, the current world and European champion, Spain’s streak by beating them in the semifinals only to lose to Brazil in the final.

Since the Confed Cup ended, Bradley and his men were expected to perform really well when the World Cup was to come around.

Which they did. Topping their group ahead of England was quite a feat but the African might of Ghana proved too much for them as the lost out in the first round of the knockout stage.

USA’s early departure from South Africa led to speculations of Klinsmann being the man to replace Bradley who had led Germany to a third-place finish four years earlier. Since, Klinsmann had already moved to the US, it was an ideal situation for both the coach and the USMNT.

As many supporters were waiting to see a big name coach taking over the national side, Arena warned of the possible consequences. He said:

“There are some very special players who don’t know how to coach. I think we saw that pretty clearly this summer. It is a bunch of baloney to say you need to have a great ex-player as your coach.

“Second time around, Bob will be better. He will learn from it. He has the experience of going through the process. There are challenges in CONCACAF that are different to anywhere else. The travel, the field conditions, the officiating – it is second to none in terms of difficulty.

“Bob can put 11 players on the field as well as anyone and get the best out of them. I will tell you now: We are not winning the World Cup in 2014, whoever is in charge.

“People need to be realistic. The best thing [the critics] can do is shut up. A bunch of people get on the internet and start stirring things up and it snowballs. Just let him do his job.”

Thanks to Steve Amoia for the heads up. Steve is a freelance writer, editor and translator from Washington, D.C.