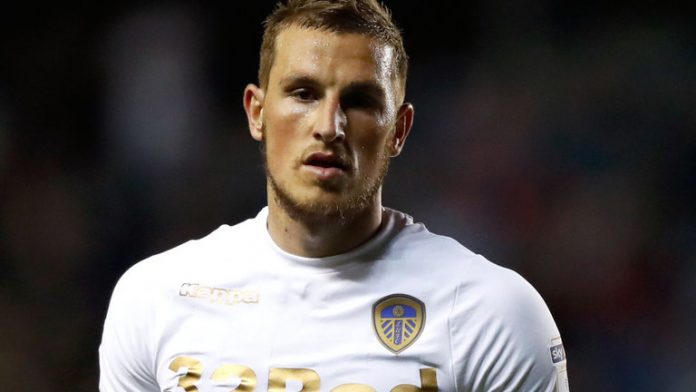 The 25-year-old scored 30 goals in 48 appearances in all competitions last season before joining Burnley for £15 million during the transfer window.

Thomas Christiansen overhauled the Leeds squad during the summer, adding the likes of Pierre-Michel Lasogga and Samu Saiz to his forward options, and Prutton is full of admiration for the job the new manager has done.

“They’re doing better than we would have expected,” he told Sky Sports.

“Christiansen has managed to use players that were already there, particularly (Pontus) Jansson, (Liam) Cooper, Eunan O’Kane and (Kalvin) Phillips, and integrate them well with the new boys.”

“Their attack has changed not to be focused on Wood and it has given them different ways to win matches.

“If he wasn’t firing last season, they invariably wouldn’t win.”

Leeds travel to Cardiff City on Tuesday aiming to retain their place at the top of the Championship and Prutton says Christiansen has instilled a lot of confidence in the squad since his arrival.

“They’ve also got a bit more resilience and character about them which they may have lacked at times last season.

“We saw that in the way they bounced back from conceding a couple of goals against Ipswich on Saturday.

“It looked like things may be bleak when (Garry) Monk left, but Christiansen has come in and brought a massive sense of optimism around the place straight away.”

Prutton expects Leeds to pick up a point at Cardiff, with Lasogga his fancy to score the first goal on the way to a 2-2 draw.