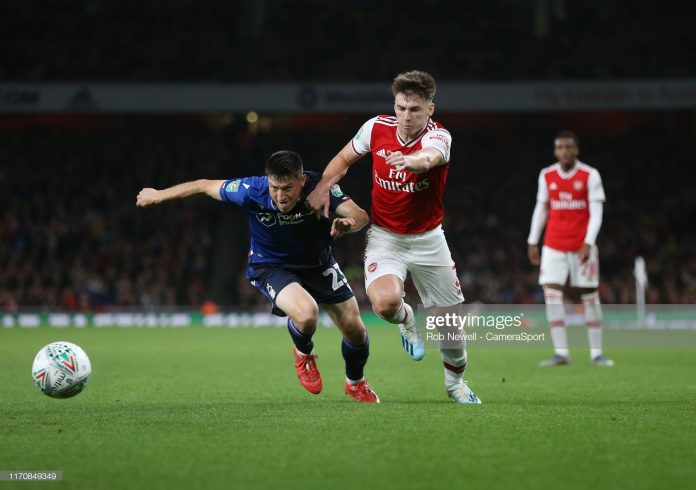 Tierney responded with a picture of the Celtic squad celebrating with the fans at Ibrox.

The young defender was a fan favourite at Celtic during his time at the club and his trolling of Rangers endeared him to the Celtic faithful once again.

The 22-year-old moved to Arsenal at the start of the season and he was expected to make the left-back slot his own. However, things haven’t worked out for him at Arsenal so far.

He has played just 5 league games for the Gunners due to injury issues and he will be looking to bounce back strongly next season.

The Scottish left-back is highly rated and he has a big future ahead of him. He has shown his talent with Celtic in the past and he will be hoping to make his mark in England as well.

Meanwhile, the Celtic fans enjoyed Tierney’s trolling of Rangers and they took to Twitter to share their reactions. Here is what they had to say about the defender’s social media post earlier.