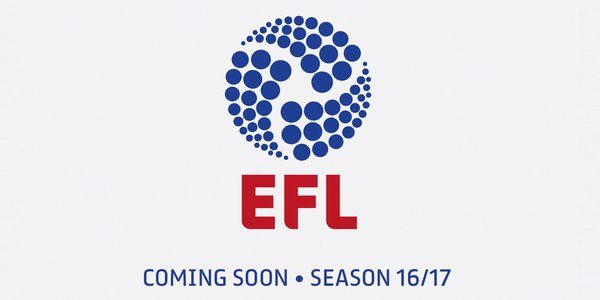 The Football League will be used only for the last time during the 2015-16 season and starting from the next campaign, it will be renamed as “English Football League” (EFL).

The Football League have decided to re-brand their name and their logo. It was the first competitive football league in the world after being established in 1888. In its 127 years, the Football League will have its fourth logo after the end of the ongoing campaign.

The Football League used to govern the league competitions in England, However, in 1992 22 clubs split away to form the Premier League, which is now the top flight club competition in England.

The lower divisions were all included in the Football League and it includes the Championship, the League One and the League Two. These three divisions will be retained and incorporated into the new brand. The decision to re-brand was taken after conducting a survey which included over 18,000 football fans.

Shaun Harvey, The Football League’s chief executive claims the reason behind rebranding was to provide the competitions identity. He said, “The new EFL name rightly emphasises the central role our clubs play at the heart of English professional football.

“In an increasingly challenging global sports market, it is absolutely essential that sports properties can project a modern identity that not only resonates with their regular audience but is also easily recognisable to a broader audience of potential fans, viewers and commercial partners.”

“We believe the EFL name and brand will give our competitions an identity that is new and distinct, while at the same time retaining our unique heritage. As such, it will be something that all fans can identify with – whether they be young or old, at home or abroad.”