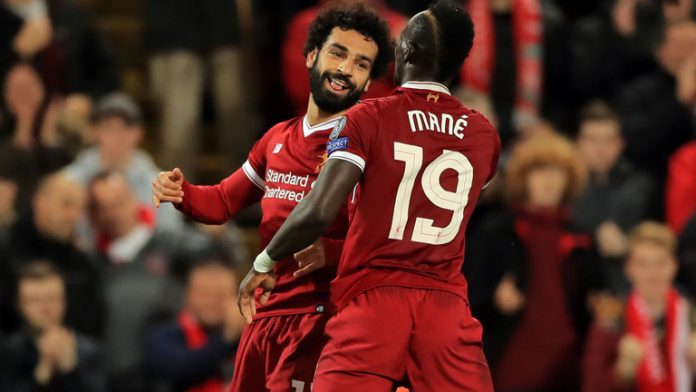 The FA Cup quarter-finals resulted in a shortened Premier League programme, but there was still lots for fans to debate after the games.

Mohamed Salah’s four-goal haul for Liverpool against Watford was undoubtedly the highlight of the weekend, but the likes of Bournemouth and Crystal Palace also had plenty of reasons to be cheerful after recording important victories.

Sportslens takes a look at five big talking points from the latest round of fixtures.

Mohamed Salah continued his stunning form for Liverpool with four goals against Watford on Saturday, although his performances mean a summer bidding war for his services now seems inevitable.

Salah has now scored 28 Premier League goals this season and but for Kevin De Bruyne he would be a long odds-on favourite to win the Player of the Year Award.

The Egyptian has stated he wants to win the title with Liverpool, but it’ll be interesting to see whether he feels the same way when the likes of Real Madrid come calling.

Adam lets his teammates down

Stoke City boss Paul Lambert restored Charlie Adam, Glen Johnson and Peter Crouch to his starting line-up against Everton and he would have been hoping that their experience would have had a positive impact.

What he got was a moment of stupidity from Adam whose brainless ‘tackle’ on Wayne Rooney was rightly met with a red card.

Stoke may still not have won with 11 men on the pitch, but Adam’s blatant stupidity didn’t give them the chance to find out.

Cenk Tosun took a little time to find his feet at Everton, but there have been signs in recent weeks to highlight why manager Sam Allardyce was so keen to sign him.

His double against Stoke took his tally to four goals in three matches and his work with first-team coach Duncan Ferguson is clearly beginning to pay off.

Tosun’s finishing and physicality ensured the Toffees picked up a deserved three points and he seems the type of player who the fans will quickly take to their hearts.

With Crystal Palace without the services of injured Alexander Sorloth, Christian Benteke was the sole striker in the Eagles’ squad for the game at Huddersfield Town.

The Belgian was substituted at half-time at Chelsea the previous week, but he produced the perfect response against the Terriers.

Benteke led the line well, causing Huddersfield plenty of problems with his physical presence and hold-up play. Palace boss Roy Hodgson will hope for more of the same during the run-in.

Come in Pardew, your time is up

Barring a miracle West Bromwich Albion will be playing Championship football next season and the club needs to take a long hard look at itself.

Manager Alan Pardew took over from Tony Pulis in November and he has picked up only one victory during his time in charge. He now has just seven wins in his last 55 league games and his approach to management clearly isn’t working.

A complete overhaul is needed at the Hawthorns – starting with Pardew.