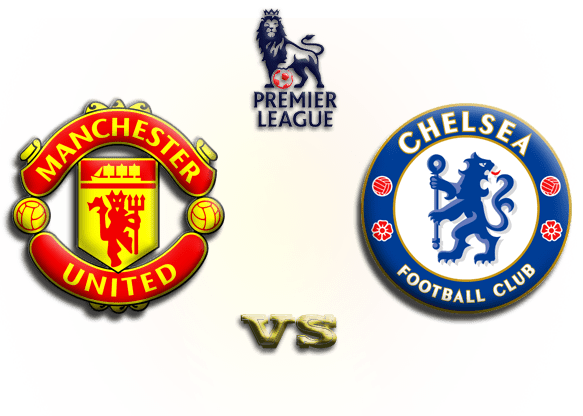 Manchester United vs Chelsea has become one of the most eagerly anticipated clashes in the Premier League era, with both sides battling for the title every season. As the two giants prepare to face each other at Old Trafford tonight, here are are five great encounters from years gone by:-

Claudio Ranieri’s first game in charge of Chelsea became one of the most memorable matches of the 2000/01 season. A stunning strike from Jimmy Floyd Hasselbaink gave the West Londoners the lead, before an equally impressive effort from Paul Scholes levelled things up in the 14th minute. Two quick-fire efforts from Teddy Sheringham and David Beckham seemed to have put the game beyond Ranieri’s men, only for Tore Andre Flo to pull one back just before the interval. The second half ebbed and flowed, and it was Flo again who drew the sides level, curling the ball home after excellent work by Graeme Le Saux. Not many sides come back from 3-1 down at Old Trafford,  but on this day Chelsea produced a terrific away display.

This time it was United’s turn to produce to spirited comeback. An own goal by Jonny Evans gave Chelsea a half-time lead, before a sensational volley by Juan Mata and a deflected effort by David Luiz left Sir Alex Ferguson’s men in tatters. Everyone knows not to write United off in a crisis, however, and they responded like champions after Luiz’s goal. Two penalties from Wayne Rooney got United right back in the game, and it was the lethal Javier Hernandez who equalised late in the day. Although the result meant United hadn’t won at Stamford Bridge for a decade, on the night the result must’ve felt like a victory for everyone associated with the club.

The 2008 Champions League final was one of the most dramatic games of recent times, and it was United who ended up lifting the most treasured trophy in European club football. Moscow was the destination for the game, and it was Cristiano Ronaldo, often criticised for not producing in the big games, whose towering header gave United the lead after 26 minutes. The scores were level soon after, however, as Frank Lampard fired home from close range to send the Chelsea fans into ecstasy. Lampard and Didier Drogba both hit the woodwork after the break, before a fiery game saw the latter sent off in extra time for slapping Nemanja Vidic. The game went to penalties, and when Ronaldo fluffed his lines it looked as though Chelsea’s name was on the cup. John Terry famously had the chance to win it for his side, but he slipped at the vital moment and hit the post, allowing Edwin van der Sar to save from Nicolas Anelka and write his name into United folklore.

The most recent classic clash between the two sides was also one of the most controversial in living memory. Chelsea went into the game knowing a win would put them seven points clear of United a couple of months into the season. An own goal by Luiz and a typically ruthless finish by Robin van Persie put the visitors 2-0 up in no time, and Roberto Di Matteo’s side looked beaten. Goals either side of half-time from Juan Mata and Ramires brought Chelsea level, and with the home side now in the ascendancy, a Chelsea win looked likely before Branislav Ivanovic and Fernando Torres were both red carded. Torres was harshly given a second yellow card for diving, and the game completely turned in United’s favour. There was only going to be one winner from that point on and it was Hernandez, so often the scourge of Chelsea, who scored the deciding goal from close range. A furious Stamford Bridge crowd vented their anger at the officials, but their jeers couldn’t change the result. Ferguson’s side went to within a point of Chelsea, and they eventually romped to a 13th Premier League title while Chelsea finished third.

United went into this match unbeaten in 29  league games, having not lost since December 1998. A vibrant Stamford Bridge was sent into raptures after Gus Poyet headed his side in front after just 27 seconds, and when Chris Sutton doubled the lead in the 16th minute Ferguson and his men were shell-shocked. Nicky Butt was then needlessly sent off before the interval, and the game got worse and worse for United as it progressed. Poyet scored his second of the game in the 55th minute and effectively ended the game as a contest, but Chelsea weren’t finished yet. An own goal by Henning Berg and a powerful strike from Jody Morris completed the rout, and United had endured one of their most miserable afternoons since the inception of the Premier League in 1992.