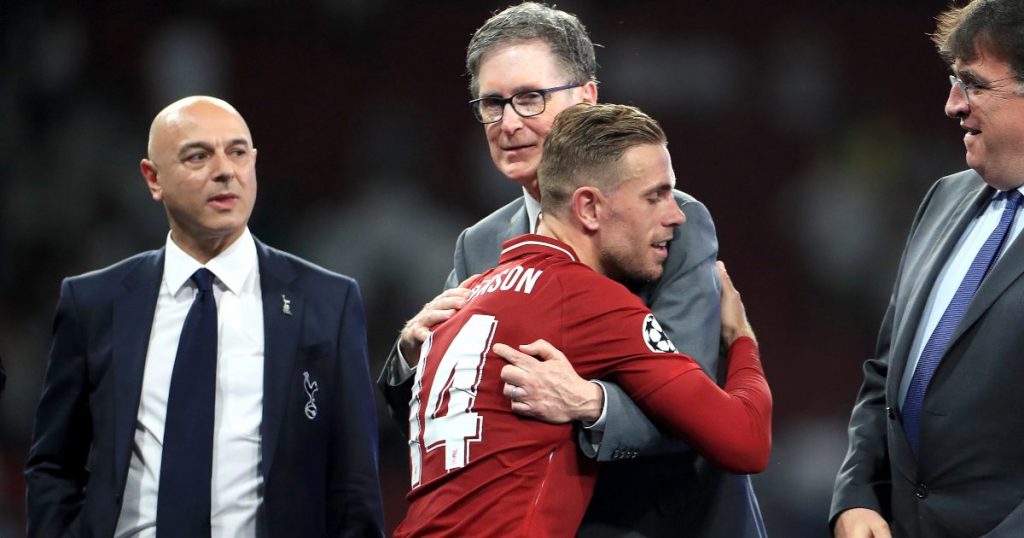 Fenway Sports Group (FSG) have been at helm of Liverpool since 2010 but the parent group company of the Boston Red Sox and Pittsburgh Penguins have put the English Premier League club up for sale.

In a dramatic, somewhat unforeseen turn of events, the sports investment company headed up by John W. Henry and Tom Werner are said to be inviting prospective buyers to pitch offers. Investment banking companies Morgan Stanley and Goldman Sachs are said to be helping facilitate a potential takeover of the soccer club.

In a statement released by the group, they said: “FSG has frequently received expressions of interest from third parties seeking to become shareholders in Liverpool.

“FSG has said before that under the right terms and conditions we would consider new shareholders if it was in the best interests of Liverpool as a club.”

Any potential buyers will need to gather a monumental sum following the sale of Chelsea in the summer, with the fellow English club overseeing a takeover worth $4.86bn by LA Dodgers owner Todd Boehly.

While the Merseyside club were listed at $4.45billion by Forbes as of this year, a successful bid will more than likely need to be in excess of that figure.

The Fenway Group have been one of the catalysts for change for the Reds having overseen a period of overwhelming success in recent years, including all three domestic trophies in England as well as a European Champions League title among other major final appearances.

They also invested heavily in the development of Liverpool’s famous Anfield ground which, when completed, will have increased capacity by 16,000 compared to when they first arrived.

Despite this, the relationship between the club’s owners and their fans reached several breaking points in recent years, beginning in 2019 when they attempted to trademark the name ‘Liverpool’.

This was further compounded by their involvement in a plan for a breakaway European Super League involving a host of elite clubs from around Europe. John Henry was forced to apologise to the Liverpool faithful after the foiled plan was met with a wave of criticism from across the continent, with fans worried about the erosion of integrity in regards to even competition.

The Premier League has seen an influx of American owners in recent years, with nine teams now owned or part-owned by US investors.