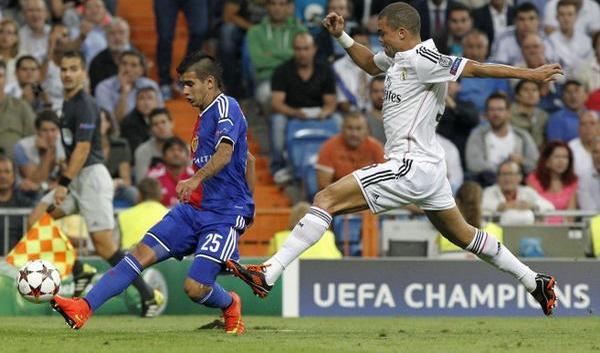 Their opening opponents weren’t meant to be so tough. For the Reds to progress from this group many think they will need to take four points from the Swiss opponents.

FC Basel have been good in Europe over the past couple of seasons, reaching the Europa League semi-finals two years ago and doing the double over Chelsea in last season’s Champions League group stage.

With success comes a price as the Swiss Super League side have seen a number of their young talents leave over the past couple of seasons. In January, Mohamed Salah joined Chelsea. This past summer they lost goalkeeper Yann Sommer, full-back Kay Voser and winger Valentin Stocker.

Marcelo Díaz is suspended and Ivan Ivanov is injured for the home side.

Full-backs Glen Johnson and Jon Flanagan are still absent. Centre midfielders Joe Allen and Emre Can are also out with injuries. Daniel Sturridge hasn’t recovered in tim, and Mamadou Sakho has been left out of the squad. 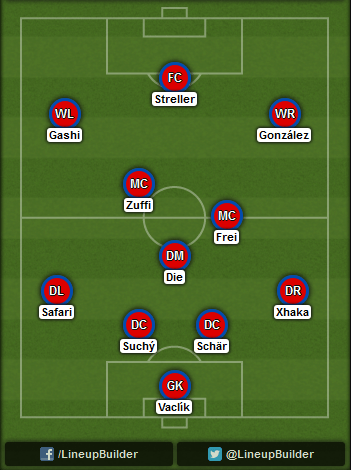 This is how we think FC Basel will line up. They like to play with the ball on the floor and take the game to opposition. You could say this is what led to their 5-1 thrashing in their opener against Real Madrid. Therefore it shouldn’t be too different for Liverpool compared to their match against Ludogorets. The Swiss side have made a good start domestically but head coach Paulo Sousa’s decision to rotate regularly may have hurt his side’s chances of gelling together early in the season. 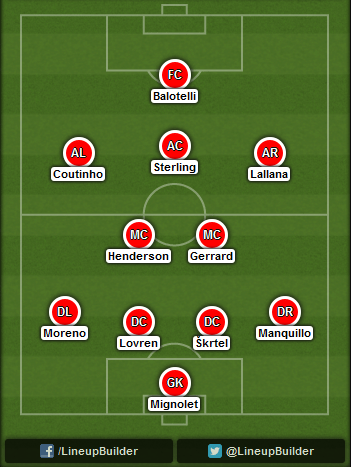 This is Brendan Rodgers’ favourite XI with the players available. Expecting the Northern Irishman to put out his strongest squad for this one looking to get at least four points from the Swiss opponents over the two games.

Raheem Sterling vs Serey Die
Playing behind Mario Balotelli and Liverpool’s top scorer in the Premier League this season, Raheem Sterling is the main goal threat. His pace should cause the Basel defence some problems. Has an eye for goal and a few playmakers around he and Balotelli to supply the two central attackers.

Mario Balotelli vs Marek Suchý
Quite frankly, Liverpool’s £16 million summer signing has been poor in the Premier League so far. He does has a goal in the Champions League though. Mario Balotelli has the ability to score past any defence and given the number of goals Basel conceded in this competition in their opening group game, the Italian has to fancy himself scoring on Wednesday. Well, he always backs himself to score….

Derlis González vs Javi Moreno
FC Basel have a pacey winger from Paraguay on the right in Derlis González. The 20-year old has made a promising start to his career in Switzerland. He looks capable of being both a goalscorer and creator of goals for his side. Javi Moreno picks up his fair share of yellow cards so the full-back might want to be weary about diving into challenges and getting caught out of position with the threat González offers down the wing.

Prediction: FC Basel 1-1 Liverpool
FC Basel have an excellent record against English sides in recent seasons and Liverpool’s form isn’t the greatest ever since Daniel Sturridge picked up an injury. In terms of progressing from the group a draw should be fine for Liverpool if they can win the reverse fixture. They certainly don’t want to go into their two games against Real Madrid having lost this one.