Fans spoilt for choice for football coverage in the United Kingdom 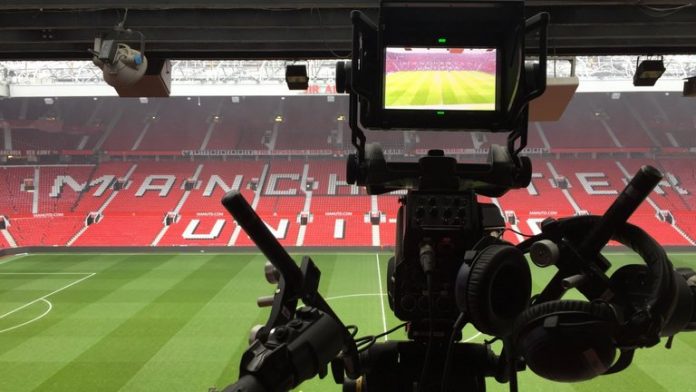 It is fair to say that football fans in the United Kingdom have never had it so good when it comes to television coverage of the world’s greatest game.

Dozens of broadcasters now hold a portion of the rights to cover football in the UK, although the top competitions are still monopolised by a select few.

Sky Sports and BT Sports currently lead the way with their mix of coverage, but there are plenty of other broadcasters to choose from if you’re looking to get a football fix.

Read on as we assess what is on offer across the various television channels.

Sky revolutionised the way football is covered and massive strides have been made since the first channel was launched in 1991.

Just two years before it started there were 26 live football matches on ITV and nine-and-a-half live games on the BBC (they only showed the second-half of England versus Greece). Now there are hundreds of live matches available to watch every season.

The Premier League is at the heart of Sky’s coverage. The current broadcast deal for 2018/19 allows for 168 matches per season to be screened live on TV, out of a total of 380 games. Sky has the rights to show 126 of those.

They back-up their coverage with interviews, documentaries, behind-the-scenes access, news, highlights, debate and analysis to ensure viewers are kept fully-informed.

They also cover qualifying matches for the European Championships and World Cup, Nations League fixtures and qualifiers and friendlies for the home nations.

Sky initially laughed off the loss of Champions League rights to BT Sport, but they are believed to be gearing up to buy them back when the current deal expires in 2021.

Football coverage is undoubtedly hugely important to Sky, and their involvement in the sport shows no signs of slowing down for the foreseeable future.

BT owns the rights to broadcast 42 Premier League games a season, but it is facing pressure from shareholders over the huge sums spent on sports rights.

The company splurged £1.18 billion at the last auction for Champions League rights in 2017 and it has been claimed that they will be reluctant to invest a similar figure next time around.

Sky Sports’ chief Barney Francis suggested at the time that BT had bought a dud as Premier League football was “the unrivalled choice for sports fans”, although their renewed interest in the Champions League suggests that may have been bravado on his part.

Whatever happens with coverage of UEFA’s top club competition in the future, BT still have a varied mix of football coverage on offer.

In addition to their Premier League coverage, the FA Cup, Scottish Premiership, Scottish League Cup, Europa League, Bundesliga and England U21 games is a solid package for BT, although it generally lacks the sparkle available with their main rivals.

Many of BT’s pundits also lag behind their counterparts at Sky, with the likes of Paul Scholes and Steve McManaman nowhere near the level of Gary Neville and Jamie Carragher.

The BBC have been left trailing by the pay-TV companies, with the public service broadcaster unable to compete financially for the rights to screen top class live football.

Its ‘Match of the Day’ highlights programme remains a Saturday night tradition for many football fans, but that is as good as it gets where the Premier League is concerned.

However the company’s coverage of the FA Cup, World Cup and European Championship shows that when they do broadcast live football they do it well.

It is a similar situation over on ITV, with the company bereft of any coverage of domestic competitions.

Both ITV and BBC have been blown out of the water somewhat by pay-TV services and it is no surprise to see them focus their energies on covering other sports.

While Sky and BT currently dominate the scene in the UK, there are plenty of other broadcasters who currently have a piece of the action.

Amazon has broken the pair’s stranglehold on Premier League football after striking a deal to live stream coverage of 20 matches per season online.

The company will exclusively show all 10 matches over one bank holiday and another 10 during one midweek fixture programme for three seasons from 2019.

The arrival of Eleven Sports in the market has shaken up coverage of Europe’s top leagues, with the channel now owning the rights to broadcast La Liga, Serie A and Eredivisie.

Eurosport, Premier Sport and Quest also screen selected live football and highlights, although these are largely the scraps left over after the big boys have finished squabbling over the rights to the top competitions.