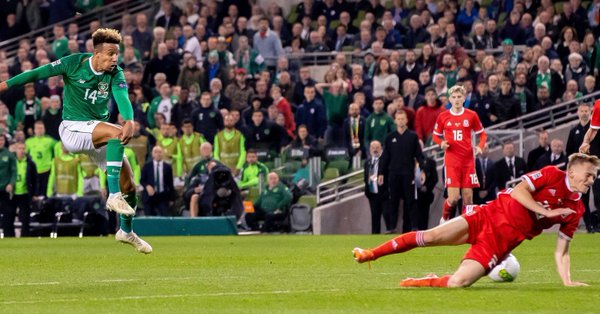 Leeds United striker Tyler Roberts started for Wales and played the entire match against Republic of Ireland on Tuesday in the Nations League match in Dublin.

Wales won 1-0 thanks to a brilliant free-kick from Harry Wilson in the second half. The visitors should have increased the lead but the likes of Tom Lawrence and James Chester failed to take their chances.

Roberts is brimming with confidence at the moment. The 19-year-old was criticised heavily after his performance against Millwall in September.

In the absence of Kemar Roofe and Patrick Bamford, Leeds boss Marcelo Bielsa kept faith in him, and the 19-year-old didn’t disappoint. He scored twice against Preston and netted the winner against Hull City as well. He has managed one assist in six Championship games.

Although Roberts didn’t get his name on the scoresheet against Ireland, he did a decent job. He managed two shots during the game, and played out two key passes for his teammates.

The majority of the football fans are pleased with his performance and they praised him on social networking site Twitter. Here are some of the selected tweets:

There is no sensible debate to the contrary

Watch out for Tyler Roberts pal, he’ll be some player

I see Tyler Roberts played the whole game for Wales tonight . He must have done ok / well . Nice one Tyler lad ! ? #MOT

Tyler Roberts for Wales very good ?? Leeds ? but martin o niell has to go we will get new players Im sure they are out there we will be back to winning eventually #COYBIG

Great shift from @LUFC Tyler Roberts for @Cymru tonight as well, 19 and a great future after a bit of early stick at Elland Road, certainly won the crowd over.