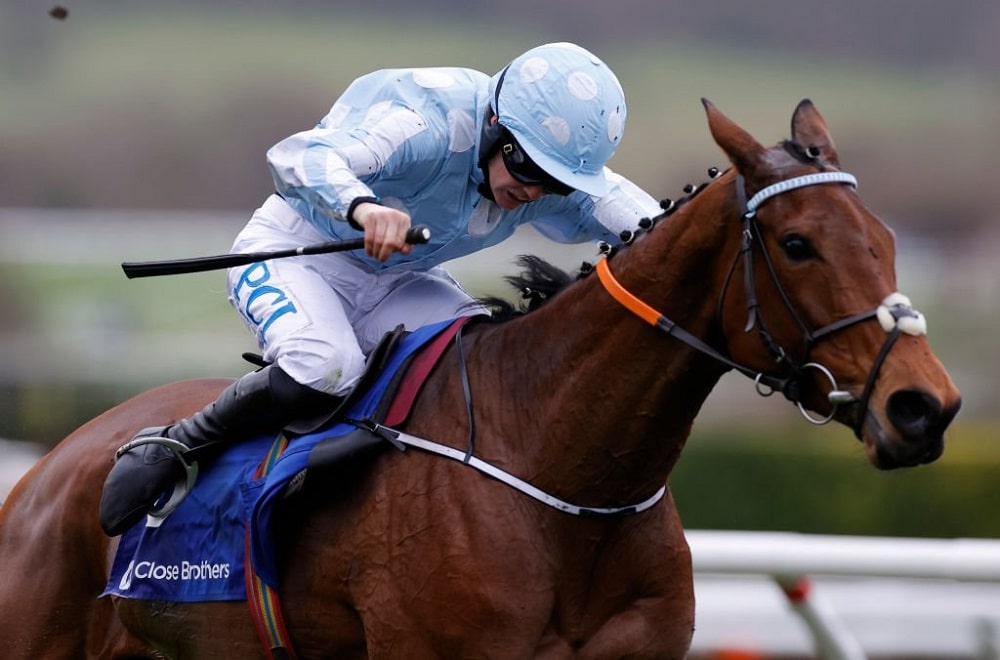 The Winter Festival contains three Grade 1 races, so SportsLens experts give their Fairyhouse tips on all the big races like the Royal Bond Novice Hurdle, Drinmore Novice Chase and Hatton’s Grace Hurdle. The action takes place on a superb Sunday card on 28 November.

Supporting races include the Grade B Porterstown Handicap Chase over the Irish Grand National course and distance, so the action informs the future. There is plenty for punters to get stuck into on horse racing betting sites during this major meeting. See all of our Fairyhouse tips from the best of the action below. There are expert selections from SportsLens tipsters on six races:

Gordon Elliott holds a strong hand for the opening mares’ handicap chase over almost 2m 4f. Bridge Native frames the weights but looks very exposed and hasn’t even won at the trip. The main beneficiaries of that are Cullentra House duo The Sliding Rock and Hurricane Georgie. As the former shapes like she wants a real test of stamina, it’s the latter who appeals most.

Hurricane Georgie has been sent chasing by Elliott very early on in her career. As a four-year-old, she also gets weight for age under Irish handicapping terms. Her official rating is 5lb higher than stable companion The Sliding Rock, yet Hurricane Georgie benefits from receiving 3lb. After landing a Downpatrick beginners chase, the daughter of Court Cave found things happening too quickly for her when down in trip to 2m.

When stepping up to an extended 2m 2f in the Buck House Novice Chase at Punchestown last month, Hurricane Georgie reversed form with those home in front of her at Roscommon. It was a big step in the right direction. Only Embittered, who had posted come cracking efforts in defeat in higher grades, was home in front of her. Now down in class and making her handicap debut off 125, Hurricane Georgie is the one to be on at 2/1.

There is no getting away from the fact that Fil Dor was hugely impressive at Down Royal on his bow over obstacles. Elliott’s charge is all the rage for the 2m Grade 3 Bar One Racing Juvenile Hurdle. It’s not the most original of Fairyhouse tips but the grey son of Doctor Dino bolted up by 16 lengths and can only improve for that. Fil Dor is 8/15 with William Hill to go in again.

In opposition there are some unknown quantities against the favourite here, notably recent Robcour purchase Max Mayhem. Still in training with Joseph O’Brien, the son of New Bay ran on superbly to land a 1m 2f Premier Handicap on Irish Champions Weekend at the Curragh. That performance earned Max Mayhem an official Flat rating of 99, so makes him a high-class and fascinating recruit to hurdles. He looks an each way alternative to the favourite at 13/2

Noel Meade’s Lunar Power is the only other horse in this line-up coming into the race off the back of a win. He followed-up on a 1m 4f Leopardstown Flat handicap success with a debut victory in this sphere at Punchestown earlier this month. Lunar Power defeated Iberique Du Seuil with a comprehensive 4 3/4 lengths victory and 4/1 to follow-up. Whether that form is enough to stop Fil Dor, however, is doubtful.

Back Max Mayhem each way with William Hill

The first of the Grade 1s at the Winter Festival is the 2m Royal Bond Novice Hurdle. Willie Mullins saddles three here in Arctic Warrior, Farout and Statuaire, while Elliott has Mighty Potter and Champion Bumper fourth Three Stripe Life in the line-up. It’s not the heavyweight stables that appeal so much here, though. My Mate Mozzie is the 15/8 favourite on the best betting sites after winning a Point, bumper and two hurdles races.

Gavin Cromwell’s yard isn’t in brilliant form at the time of writing, though, so for all his five-year-old Born To Sea gelding hasn’t done anything wrong, the value may lie elsewhere. Colm Murphy looks to have a useful mare on his hands in Impervious. She is also unbeaten in three starts under National Hunt rules, comfortably landing a Down Royal Grade 3 last time out.

Impervious looks well worth a crack against the boys at 11/2 on the back of that five-length victory. With eight runners declared, the each way value among Fairyhouse tips here may be Uhtred. Gigginstown House Stud’s runner was a fine fourth in the 2m Champion Novice Hurdle at the Punchestown Festival in the spring and has won since. Uhtred could surprise a few and hit the frame at 14/1.

Bet on Impervious and Uhtred with William Hill

Another cracking Grade 1 contest, the 2m 4f Drinmore Novice Chase looks wide-open. Lifetime Ambition ran well when landing a deep-looking beginners event at the Down Royal last month. The third home, Vanillier of Albert Bartlett fame, has since come out and bolted up in the Grade 2 Florida Pearl Novice Chase at Punchestown.

There is no obvious reason why the runner-up Beacon Edge should turn the tables with Jessica Harrington’s charge. Lifetime Ambition is a 5/2 fancy to follow-up. Recent course winner Gabynako rates a big danger following his defeat of Fury Road here earlier in the month. Cape Gentleman might be the best value now stepping back up in trip, though.

Emmet Mullins’ multi-purpose performer relished this distance at Cork when jumping well and making all. Cape Gentleman had subsequent Troytown Chase hero Run Wild Fred 14 lengths behind him in second. He was also eased down and value for more than the winning margin. The fifth has also won since, so the form looks good. Cape Gentleman looks a great each way bet at 9/1 with William Hill paying four places.

Back Cape Gentleman each way with William Hill

An unofficial trial for the Irish Grand National, the Grade B 3m 5f Porterstown Handicap Chase sees Stones And Roses made the early 4/1 favourite. There is a long racecourse absence for this Mullins mount to overcome, however. Second in the market at 5/1 is The Dabbler, racing from 1lb out of the handicap. The key piece of form to this puzzle may be the Skymas Chase from Down Royal.

Fairyhill Run finished a gallant third behind Envoi Allen on a softer surface than ideal for her. Re-opposing rival Coko Beach was just over five length further down in fourth. That one now carries top weight here, yet meets Fairyhill Run off 1lb better terms. Elliott also has 5lb claimer Jack Foley taking a further 5lb off Coko Beach, so that may be enough to turn the tables. That is why Gigginstown and Elliott’s is 11/2 here.

John Ryan’s mare is the one who likes better ground, however. Fairyhill Run is also unexposed as a stayer but has plenty of stamina on the dam side of her pedigree. This trip looks worth trying on a good going for her. It may be an opportunity for connections to gain compensation for next making the cut into the Kerry National. Fairyhill Run is a 9/1 chance and has solid each way claims.

Back Fairyhill Run each way with William Hill

The only reason to oppose Honeysuckle completing a hat-trick of successes in the feature 2m 4f Hatton’s Grace Hurdle is her price. Henry De Bromhead’s wonder-mare carried all before her again last season, so is definitely entitled to be odds-on at 8/15. There must be each way value against the mighty Honeysuckle, though.

Saldier has looked back to his best after defying top weight in the Galway Hurdle over the summer. The question is whether this Mullins mount stays the trip but 7/1 is an attractive price. Abacadabras was no match for Honeysuckle at Punchestown, but won at this distance on his penultimate start when landing the Aintree Hurdle. The runner-up, Buzz, has advertised that form plenty this autumn after winning the Coral Hurdle and Cesarewitch. Elliott and Gigginstown again have claims with 8/1 shot Abacadabras.

Latest Exhibition looks a fascinating recruit back to hurdles after spending last term tackling fences. With old rival Monkfish missing the campaign through injury, this may finally be the time when Paul Nolan’s horse shines. Ronald Pump, runner-up 12 months ago, isn’t without claims either if replicating that without a prep outing. Both he and Latest Exhibition are 14/1 chances.

Fairyhouse Tips for 28 November from the Winter Festival

Bet on our Fairyhouse tips with William Hill