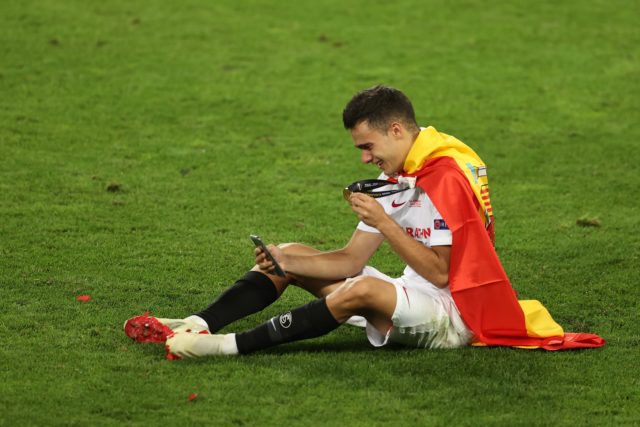 Manchester United spent all summer trying to secure the signature of Jadon Sancho from Borussia Dortmund, but they failed in their attempt to land the England international.

The Red Devils have made one signing so far – Donny van de Beek from Ajax – and it remains to be seen whether Ole Gunnar Solskjaer makes more addition to the squad in the coming days.

Signing a left-back is necessary, and United could bring someone to provide competition for Luke Shaw.

According to transfer guru, Fabrizio Romano of The Guardian, Real Madrid left-back Sergio Reguilon has been offered to Manchester United.

Reguilon has been offered to Man Utd. Let’s see 👌🏻

Reguilon spent the last season on loan at Sevilla and helped the Spanish club win the Europa League.

The 23-year-old has no future at Real Madrid and it would be better for him to move on this summer. He needs to play regularly at this stage of his career, and Madrid are ready to offload him.

According to reports from Marca, Los Blancos will demand around €20-25 million (£18-22m) for the player. It seems they have already offered the player to United, and it remains to be seen whether the Red Devils accept their proposal.

Danny Rose has no future at the north London club and Jose Mourinho wants to bring in a new left-back this summer.

Spurs have been heavily linked with a move for Reguilon, and it remains to be seen whether they come up with a formal offer for the player.