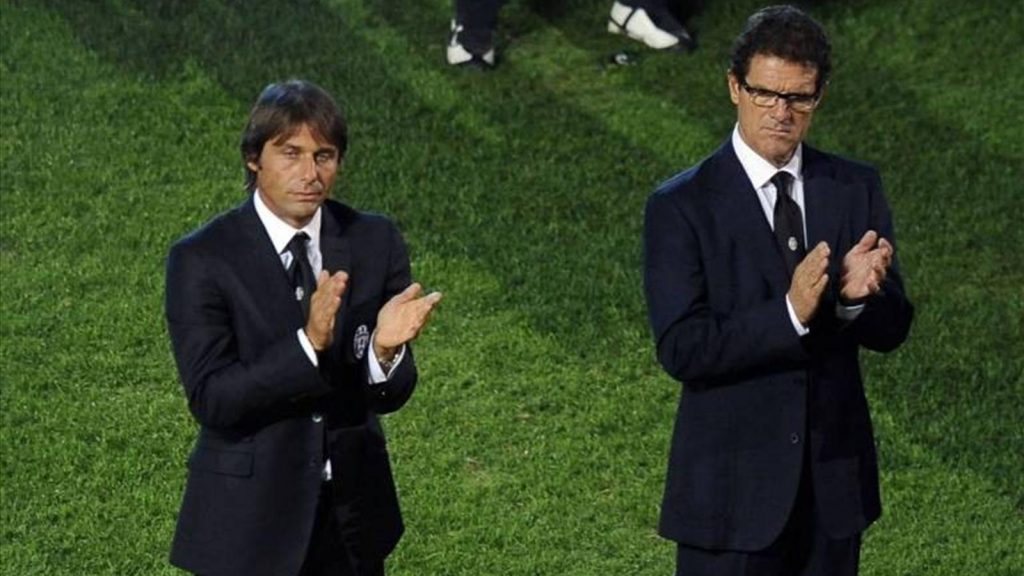 Conte is managing the Italy national team now and will take over from Guus Hiddink at the end of this season. His contract with the national team ends after the Euro 2016.

The former Juventus manager is highly rated within the game and will be expected to lead another revolution at Chelsea.

It seems highly unlikely that Chelsea will finish in top four this season and Conte will be asked to get the Blues back into the Champions League right away.

Capello confirmed the news and then claimed that his compatriot will need new defenders if he wants to succeed at Chelsea. He also claimed that Conte would need to learn the English language.

Capello reflected on his time in Russia and said that he found it difficult to get his ideas across to the players despite having a translator.

“He has the time to arrive and train Chelsea in the best way, as this is an important club.”

“I think the most important thing will be the team he is able to put on the field. He needs defenders and there aren’t that many around.”

“His communication with the players will also be fundamental. I myself had a difficult experience in Russia where I always had to speak through a translator.”

According to recent reports, Conte will be earning £14.25m during his three-year contract with Chelsea.