India
Home News everton youngster off to sharpen the blades 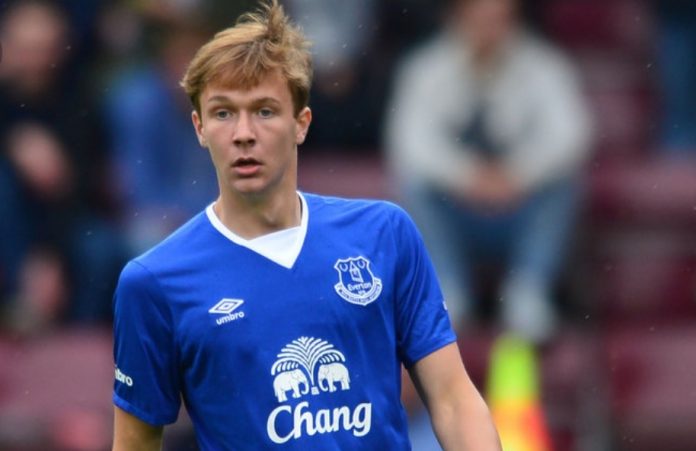 The 21-year-old is a huge prospect at the Merseyside club, but needs first-team football to further his chances of breaking into Marco Silva’s plans.

The England under-21 International, will head to Bramall Lane on 2nd of January, spending the rest of the season with United.

Dowell spent last season on loan to fellow championship club Nottingham Forest. During his time at the City Ground he made 46-appearances, finding the net on ten occasions.

Dowell will be available to make his blades debut during the club’s FA Cup third round tie with Barnet on Sunday 6th of January.

The Ormskirk-born midfielder, made his Everton debut in December 2014, coming on as an early substitute in a Europa League tie against FC Krasnador.

After signing his first professional contract, an ankle problem blighted his progress. However, in May of 2016, the midfielder made his Premier League debut, coming on for Ross Barkley against Bournemouth.

Overall, The Toffees youngster has appeared three times for his parent club.

Fans of United, Everton, and Forest, have had their say on the move… 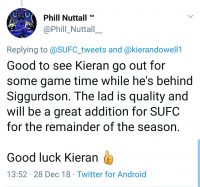 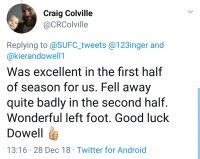 Sheffield United are 3rd in the Championship, well and truly in the promotion picture. An addition like Dowell should really help them push on in the hope of regaining Premier League status for the first time since 2007.