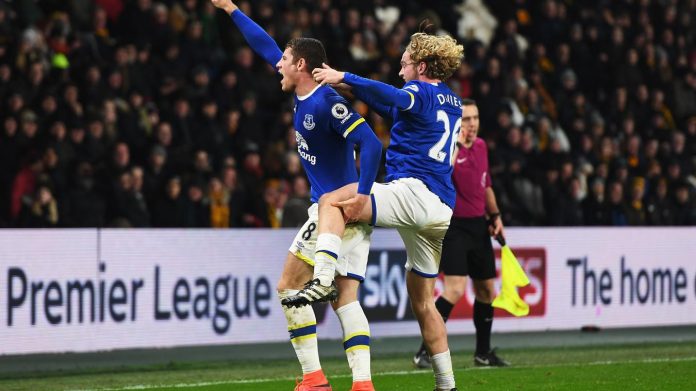 Everton midfielder Ross Barkley has suffered an injury in training and is waiting to learn the extent of it in what could be another setback for the England international.

The 23-year-old is believed to have pulled up his hamstring and had to be taken off the pitch in the middle of training at Finch Farm this morning. Barkley reported for duty only last week after a lengthy lay-off due to a groin surgery.

The blues midfielder did not feature in a single pre-season match for Everton this summer under constant speculation linking him with a move to Premier League rivals Tottenham Hotspur.

Manager Ronald Koeman revealed a few days ago that Barkley wished to leave the club with Chelsea also in the mix of a whole array of clubs vying for his signature. Spurs are believed to be preparing a bid in the range of £20 -25 million for the player but Everton have slapped a £50 million price tag on his head.

Barkley refused to sign a £100,000 a week contract extension with the club earlier this summer. “We made a really good offer to him to sign a new contract, he declined that contract and told me that he is looking for a new challenge,” Koeman revealed back in July.

“OK, he is not in Everton’s future any more. It is his decision. I need to respect that and see what happens. He had his groin surgery last week and it will take three or four weeks to be back. His personal situation is not so difficult,” he added.

Everton have brought in many new faces to the club, including Wayne Rooney from Manchester United and Davy Klaassen from Ajax, to fill the potential void that could appear with Barkley’s departure from Goodison Park.