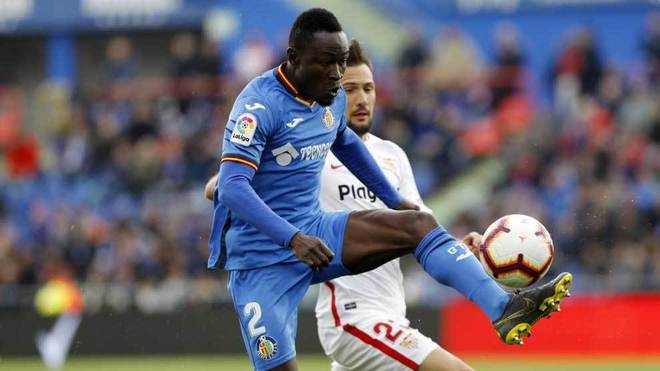 Everton are interested in signing the La Liga defender Djene Dakonam this summer.

According to a report from Marca (translated by HITC), the Toffees are ready to make their move for the Getafe centre back. Arsenal are keen on the player as well.

Dakonam is valued at around £31m and it will be interesting to see if Everton are willing to pay up for him.

Kurt Zouma has returned to Chelsea after his loan spell and Jagielka has left the club. The Blues need to bring in defensive reinforcements before the start of the season.

Dakonam would be the ideal partner for Keane at the heart of Everton’s defence.

The 27-year-old has the pace and power to succeed in the Premier League.

If Everton can agree on a deal with Getafe, convincing the player to join them should not be hard.

It is tough to turn down the chance to play in the Premier League.

Everton have the finances and the ambition to convince the player to join them.

Having said that, the asking price is steep and Everton might have to get rid of some of the deadwood if they want to land the defender.

They are also trying to sign Andre Gomes from Barcelona. On top of that, Silva should look to improve his attack as well. They might need to fund some of their purchases with sales.