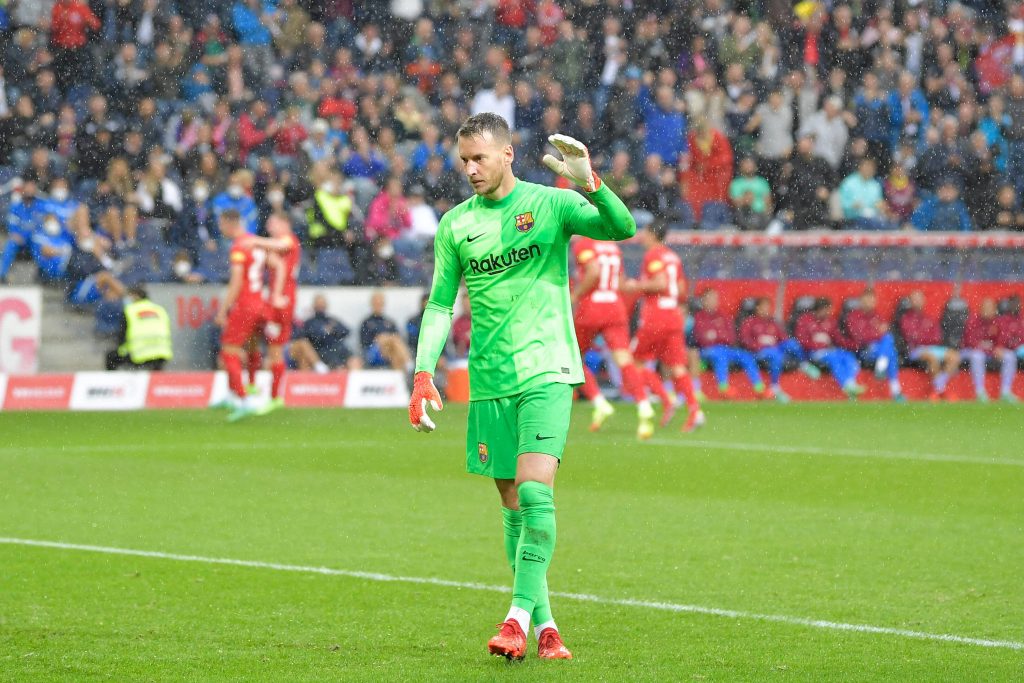 Everton could make a move to sign Barcelona goalkeeper Neto this summer, according to a report from Sport.

The Toffees currently have Jordan Pickford as their undisputed number one goalkeeper.

João Virgínia and Asmir Begovic are at Goodison Park as back-up for the England international.

On that basis, signing another goalkeeper would be a rather strange move. Unless Rafa Benitez is planning to move on one of those names mentioned.

Sport reckon that the Merseyside outfit could take advantage of Barcelona’s crippling financial issues and snare the Brazilian stopper this summer.

The 31-year-old is available for around €15 million (£12.5m) according to Sport. That’s decent value for a goalkeeper with Neto’s ability.

The one-capped Brazil international is very good with his feet and has great distribution. However, he isn’t the most aerially commanding goalkeeper.

That may well be a factor considering the robust, aggressive nature of Premier League football.

Neto wouldn’t be a bad signing at all for Everton.

It could be argued that there are far better options out there for Benitez if he does want to bring a new goalkeeper to Goodison Park this summer.

However, the Toffees boss really should be looking at strengthening other areas of his squad that are in far more urgent need of attention.