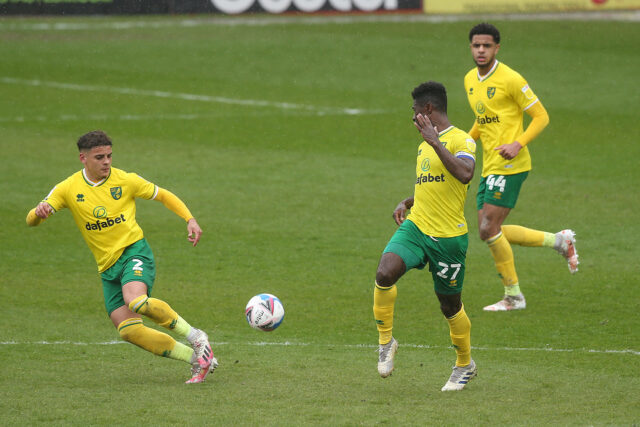 Max Aarons will be playing in the Premier League next season, but his future may not be at Norwich City.

A host of Premier League clubs, including Everton, Tottenham Hotspur and West Ham United, have kept a close eye on Aarons for a long time.

Back in February, Delia Smith claimed that Norwich will eventually sell Aarons, but only when the time and money is right.

She said at that time: “They’ve got a nice temperament, and Max Aarons is one of the best. He is going to be one of the top footballers, and it won’t be at Norwich.

“He knows that – we know that. But we didn’t have any problem with Max or his parents on this particular occasion and this particular deal. Obviously, we will lose him, but that is part of our plan.”

According to a recent report from Football Insider, the Canaries are prepared to sell him for a fee of around £30 million.

Will Aarons move to Everton?

Everton need to sign a right-back in the summer. Jonjoe Kenny has failed to impressed Carlo Ancelotti, and he is likely to be sold.

Seamus Coleman remains the club’s first-choice right-back, but the Toffees should look to sign a long-term replacement for him.

Reliable transfer expert Fabrizio Romano has provided an update on Everton’s chances of landing the 21-year-old.

The Guardian journalist has suggested that the Toffees have “no chance” of landing Aarons this summer.

With Everton seemingly out of the race for Aarons, the door could open for Spurs or West Ham to make a move and secure a deal for him.

The north London club have been tracking him for a while, and they have already made an approach to sign the young defender.