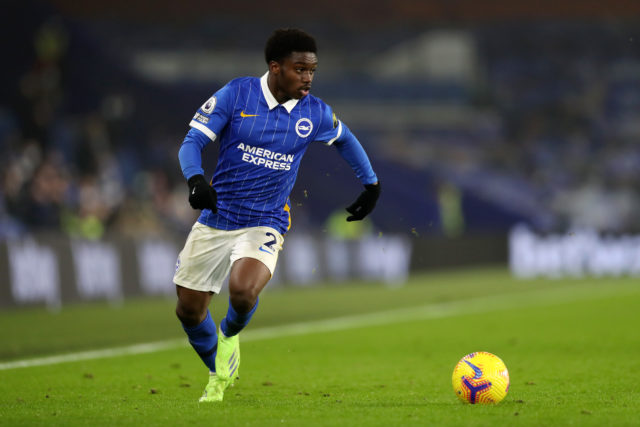 Everton will be looking to sign a right-back in the summer transfer window as they try to find a long-term successor to Seamus Coleman.

Aarons has been on Everton’s radar since he made his first-team breakthrough at Norwich, but the Toffees are also considering other options.

According to reports from Liverpool Echo, Carlo Ancelotti has “yet to fully run the rule over the player”, but he is definitely under consideration.

The 20-year-old joined the Seagulls from Chelsea for just £3m in January 2020.

He was one of the most in-form defenders in the Premier League before an injury forced him to miss Brighton’s last 13 games.

The report claims that Brighton are expected to demand a fee in the region of £30m for the defender, although Ancelotti would prefer to sign a taller right-back.

Jonjoe Kenny has failed to make a strong impact under Ancelotti, and he was loaned out to Celtic in January. In all probability, he will be sold in the summer.

Mason Holgate and Ben Godfrey have played in the right-back role, but they are only short-term fixes.

Lamptey is a promising young talent who has got admirers at Goodison Park, but Everton are more likely to try to sign Aarons in the summer.