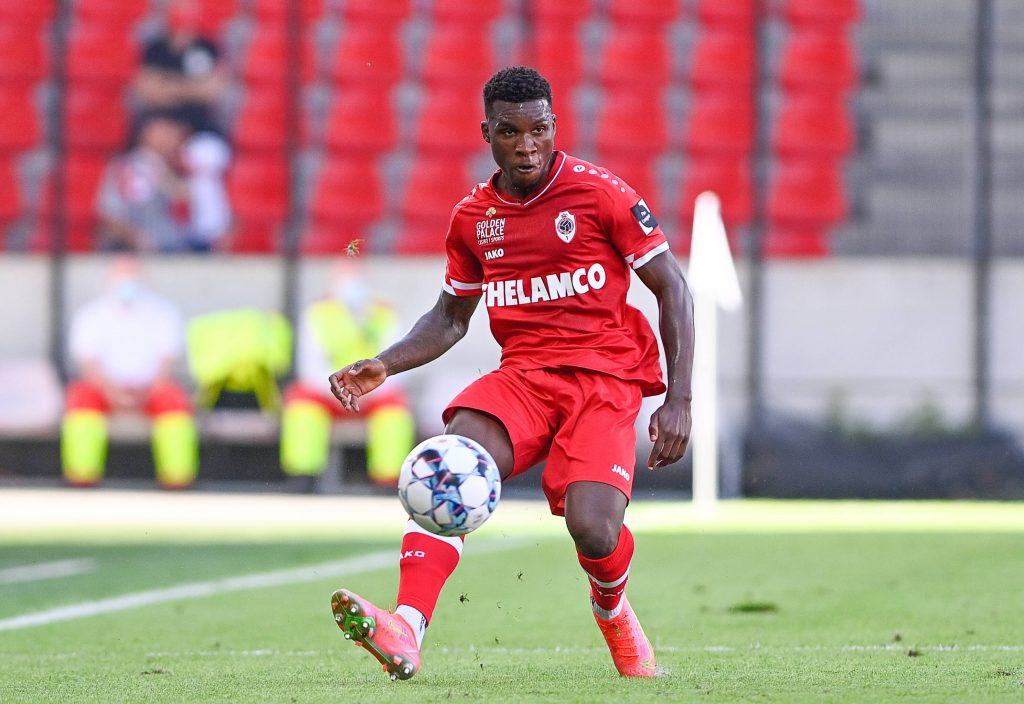 The Toffees have been searching for a new right-back this summer to provide competition and cover for club-captain Seamus Coleman.

It was previously claimed that they could swoop for Denzel Dumfries from PSV Eindhoven, but the club were priced out of a move.

The Merseyside outfit now appear to have their sights on landing Buta, who has also been heavily linked with Scottish giants Celtic.

They are in advanced negotiations with Antwerp for the 24-year-old. A deal of around €4 million is being negotiated for his services.

The Toffees utilised the services of Coleman, Mason Holgate and Ben Godfrey in the right-back spot during the previous campaign.

However, Holgate and Godfrey are specialist centre-backs. The club have Jonjoe Kenny in the ranks, but they are keen to offload him.

Buta is an attacking full-back by trade, and he made a good impression with four assists from just 16 league starts for Antwerp last season.

The 24-year-old has carried over the form this term with two assists in four outings, and has excelled at the back with 4.5 tackles per game.

A move to the Premier League would provide a much stiffer challenge for him. He could be considered as a long-term successor to Coleman.

Celtic were in talks with the Belgian outfit recently, but it appears that the Toffees have moved ahead with a better financial package.

Buta’s former club Benfica still hold a 50 percent stake on his rights. The Toffees seem favourites to sign him unless an improved offer arrives.