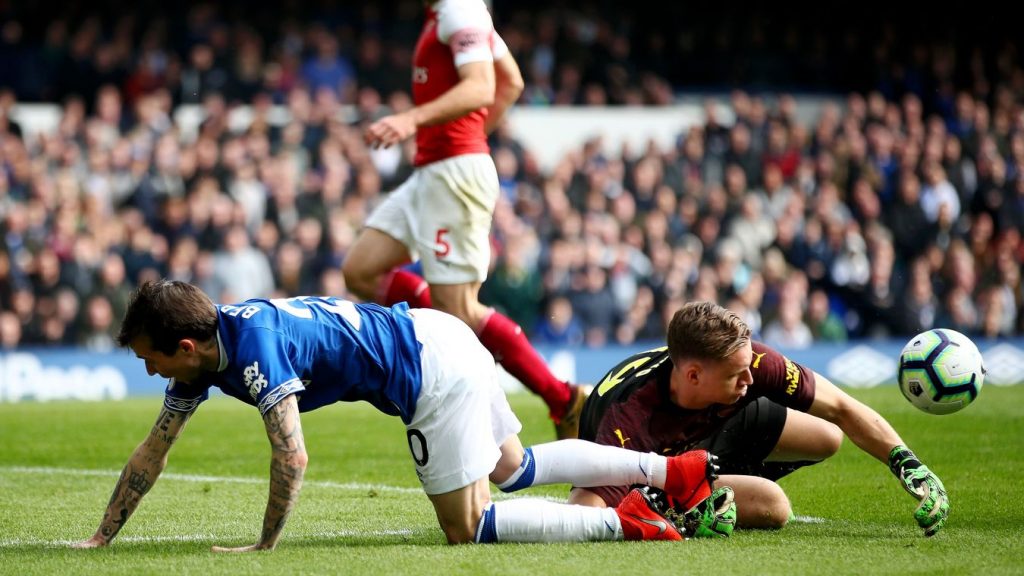 Marco Silva’s men put in a fantastic display and they could have won comfortably if they had converted their chances.

There were quite a few impressive displays from the home team but Brazilian winger Bernard seems to be in great form right now.

He was very impressive in the last game as well and he terrified the Arsenal defence throughout the game.

Bernard’s pace, flair and close control caused all sorts of problems for the away team and he was unlucky not to get on the scoresheet himself. The winger had a good chance to score when he was one on one with Leno.

The 26-year-old Brazilian was signed on a free transfer at the start of the season and he has managed to impress with his performances so far. The fans seem quite happy with his displays.

Everton fans have taken to Twitter to share their thoughts on the winger’s performance against Arsenal yesterday.

Here are some of the fan reactions.

Absolutely dominated the game again should of had 3 or 4 there the pressing superb again, Gomes and Bernard mate fucking ballers! Up the Fucking Toffees!!! ????????????

Bernard’s defensive display today was towering. He belies his diminutive stature. What a player ??

DCL may of got MOTM from Sky but I thought Bernard was MOTM. Defensively he was immense today and always involved going forward. Another great display by the little fella!….

A stroll in the the park that. We have just give them a full on twatting, Bernard an Digne giving me Pienaar an Baines feels. Everton Are Magic. Up The Toffees.

Gomes’ range of passing is unreal. Bernard hitting form and DCL running the line like a proper number 9. Add to that, Gana has been playing world class footy since the transfer window. Superb performances all over the pitch.

Played amazing today Bernard! So much skill and talent! Well done for today and can’t wait to see more from you ???

Not only have the skill, you also have the desire and work rates needed to be a top, top class player. That’s why the fans love you Bernard! Our pocket Dynamo! Bernard, Bernard will tear you apart again!!!!! #UTFT!!!!!!