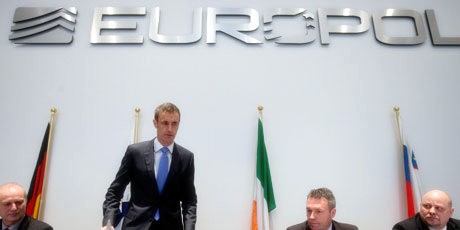 A Champions League fixture played in England is one of 380 matches to have been fixed across Europe in the last four years according to continent’s police agency Europol.

More than 380 matches have come under the eye of suspicion after wide ranging investigation taken place for 18 months, that includes World Cup and European Championship qualifiers, though they didn’t reveal which game in England they suspect of corruption because of on-going judicial proceedings.

The investigators have uncovered an organised crime syndicate based in Asia that had great criminal networks throughout Europe. According to them, match-fixing has taken place in 15 countries and 50 people have been arrested so far.

This process of massive match fixing co-ordination involved 425 match officials, club officials, hundreds of players and serious criminals who determined the outcome of the matches.

About £6.9 million profit has been earned through betting while €2 million worth of bribes being handed out to players and officials, with the biggest payment made to an individual was €140,000.

Rob Wainwright, the head of Europol, said in Hague that such scales of match fixing was never seen before. He was quoted in the press:

“This is the work of a suspected organised crime syndicate based in Asia and operated with criminal networks around Europe.

“It is clear to us this is the biggest-ever investigation into suspected match-fixing in Europe.

“It would be naive and complacent of those in the UK to think such a criminal conspiracy does not involved the English game and all the football in Europe.”

This will come as a major shock to people in United Kingdom and many other European countries as well. While match fixing has been a recurrent problem in Italy, it will strike a hammer blow to the grand image of English football once the report comes out in the public.