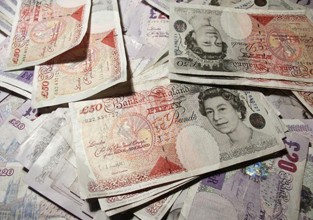 Football wages are a ridiculously easy target – whether it’s the high wages paid by Chelsea and then Manchester City, the astronomical wage bills of Barcelona and Real Madrid fueled by unequal TV deals or the retirement homes that front as football clubs in Eastern Europe and the Middle East, football wages have steadily increased in the last 20-25 years.

But by how much? And is the growth spread evenly across all tiers of the game or concentrated at the highest level? You may already know the answer to that question, but even then the numbers below are eye-opening.

The data is taken from sportingintelligence.com (who have used their own research + an official PFA document detailing basic wages for the last 25 years) – here are some highlights:

The text below is taken from sportingintelligence.com – see source articles here and here: 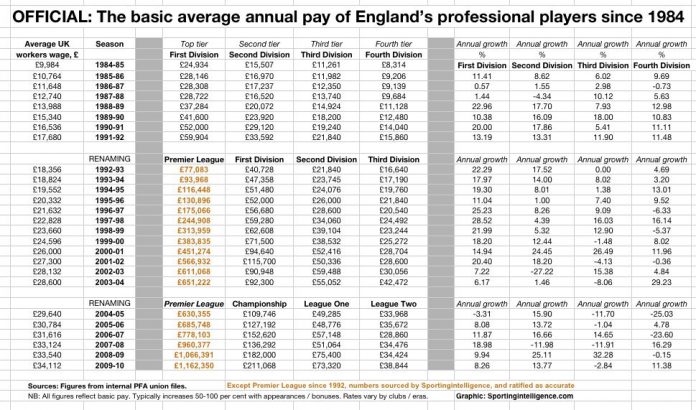 Note: The numbers represent basic pay; wages typically increase by 50 to 100 per cent with appearance money and bonuses.

On the other hand, football ticket prices have increased by almost as much as 30 times in certain cases (looking at cheapest tickets / season tickets at Manchester United and London clubs).

And if you look at the commercial revenues generated by US sports, it’s evident that football, a more global sport, has still some way to go before it can reach it’s financial peak. So expect the TV deals, player wages and ticket prices to keep rising.