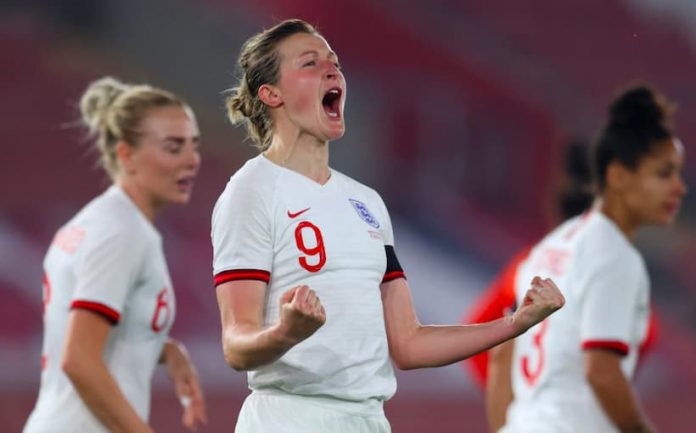 England kick off their Euro 2022 campaign on July 6 with the Lionesses among the most fancied teams to win the tournament.

Sarina Wiegman’s side will be up against the best players in Europe and will have overcome the likes of favourites Spain, as well as a talented France outfit and the industrious Netherlands.

An emphatic 4-0 win over Switzerland on Thursday made it three wins from three warm up games for England, a confidence boost ahead of the tournament that takes place on home soil.

With first game of the tournament now just days away we have taken a look at the very latest odds to see just how fancied the Lionesses are to secure their first ever Women’s Euro championship.

England open their campaign against Austria at Old Trafford and will be confident of earning a win against the side ranked 21st in the world. Next comes a trickier clash with Norway in Brighton before their final Group Stage game against Northern Ireland.

With bet365 offering odds of 9/2 on the home side emerging from the tournament victorious, that implies that England’s percentage chance of glory is just 18.2%. While they may be second favourites, the fact that six teams are priced at 7/1 or shorter in the betting illustrates how closely matched the nations are.

As implied by the Women’s Euro 2022 outright winner odds.

Don’t forget to cash in on the available free bets here!

England Women are hopeful of riding a similar wave of patriotism that Gareth Southgate’s side surfed to the final of Euro 2020 where they came unstuck against Italy. “There’s a big click [between the squad], we collaborate really well with the staff, and I think we have been growing a lot,” England manager Wiegman said. “The way we’ve improved, that’s really nice and that really does give confidence. I just hope we can show it next Wednesday and throughout the whole tournament.”

A 4-0 win over a Swiss side who were beaten 7-0 away in Germany six days earlier will not prompt England to get carried away, but it does give them a sixth straight victory to continue their winning streak. Three wins from three group stage games will see the host’s odds slashed ahead of the quarter finals so perhaps the smart choice is to lump on early doors before things get tougher.

The good news for England is that, if as expected, they and Spain both win their groups, they will not meet until the final. The advancement of the Spanish club game over the past few years, with Barcelona’s stunning form and record crowds hitting the country’s biggest stadia, means Spain are widely deemed as the favourites to lift this summer’s European Championships.

The Barcelona side that won 30 league games out of 30 last season – scoring 159 goals and conceding 11 in the process – makes up a large part of this Spain team. So should you choose to back England, maybe consider a cash out option should they find themselves up against Jorge Vilda’s side in the final.