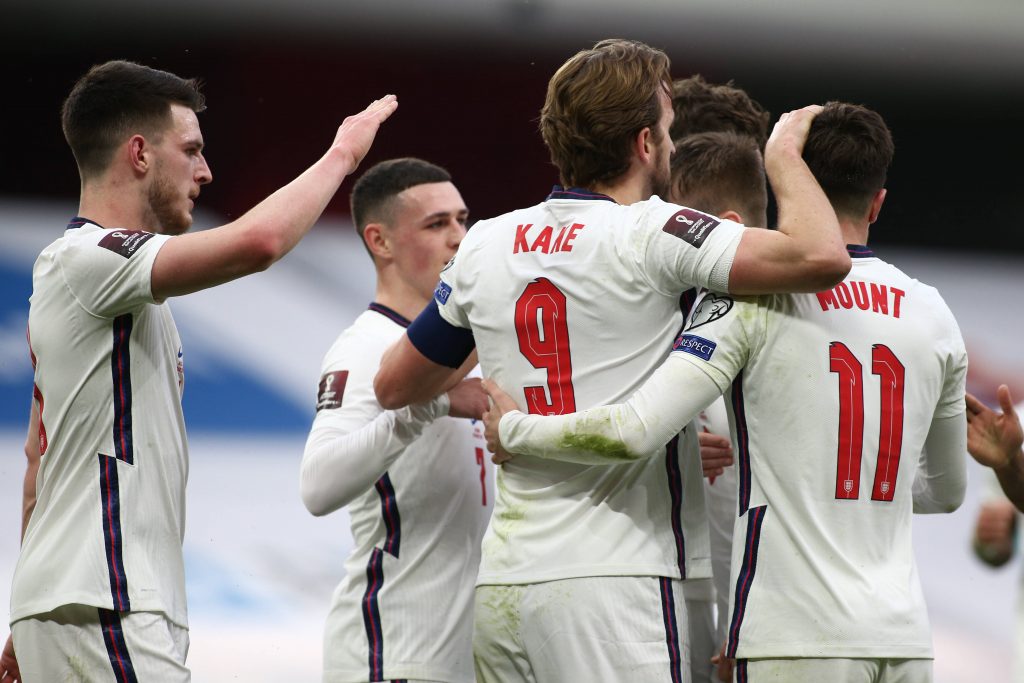 England and Poland will square off at Wembley Stadium on Wednesday in an exciting World Cup qualifier.

Authors of a blistering start to their Group I adventure, England will be looking to improve their impressive international record against weakened Poland.

The Three Lions have won 11 of their 19 showdowns against this opponent (D7, L1), with their lone defeat across that spread of encounters dating back to June 1973.

Severely crippled by the absence of their headline performer Robert Lewandowski, the visitors will need to stay compact to avoid defeat here.

As ever, Bayern Munich star has carried much of the scoring burden by himself, notably scoring nine goals in his last nine starts for the national team.

At home, the Three Lions have won each of their last three matches overall by over 2.5 goals ‘to nil,’ scoring 2+ first-half goals on every occasion. As such, SportsWar.net and other analysts are predicting an England win here as well.

Gareth Southgate’s men have been relentless in the early stage of their World Cup Qualifying campaign, putting seven unanswered goals combined past San Marino and Albania.

Although Poland will be hard to push around, the hosts boast a perfect head-to-head home record against this opposition since 1989.

England have not only won each of their last seven competitive meetings with Poland at home, but they did so by netting at least twice in each success, mustering a total of 17.

Despite scoring precisely three goals apiece in their World Cup qualifiers versus Hungary and Andorra, the ‘White and Reds’ came out victorious just once (W1, D1).

The Eagles can draw confidence from their impressive showings in their recent qualifiers for major tournaments, having suffered only three defeats across their previous 32 such outings (W23, D6).

Additionally, Paulo Sousa’s men have scored over 1.5 goals in each of their last six World Cup/Euro qualifiers (W5, D1), managing an average of 2.66 per game.

On the flip side, however, Poland have conceded the opening goal in each of their last four competitive away fixtures (W1, D1, L2), three of which arrived within 30 minutes.