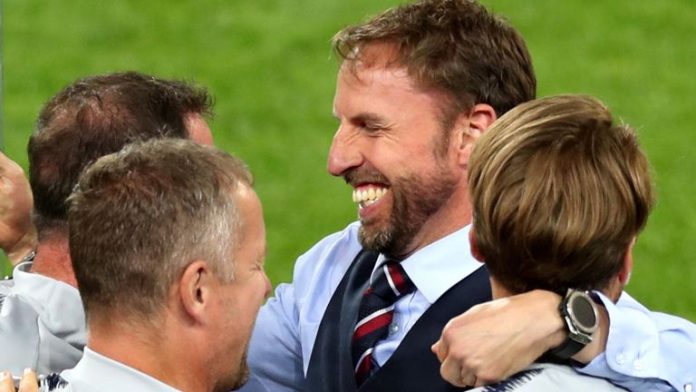 England manager Gareth Southgate has asked for honesty from his players ahead of Saturday’s World Cup quarter-final tie against Sweden.

Southgate has numerous injury concerns to contend with following the Three Lions’ epic penalty shoot-out victory over Colombia on Tuesday.

Striker Jamie Vardy is England’s biggest worry. The Leicester star required a sugar injection in his groin immediately after the match at the Spartak Stadium and he looks set to miss out.

“Oddly enough, when it gets to these games, they’re not always as honest as they might be about how fit they are,” he said at the pre-match press conference.

“So you’ve got to have a racehorse trainer’s eye at times to really try and sort that out.

“It’s not straightforward, we won’t see everything, but we’ll have a feel from what they’re reporting and the way they’re running, and try and make the best decisions we can.

“I think when you’ve had a long game like that, you don’t know until you’ve really started to extend in training again exactly what you might be carrying.

“But our feeling is, certainly nothing serious, but two or three in particular that we’ve probably got to assess quite closely tomorrow and see exactly what level they’re at.”

Sweden will welcome Sebastian Larsson back to their starting line-up following his one-game ban, but Mikael Lustig misses out after picking up two yellow cards.

He is likely to be replaced by Emil Krafth at right-back, while Larsson is set to return to the team in place of Gustav Svensson.

Jimmy Durmaz could be on the bench, but will face a late fitness test ahead of the game.

However, their record against Sweden suggests it would be unwise to underestimate the size of the challenge they face.

England have played Sweden twice at the World Cup previously in 2002 and 2006, drawing both games. The two sides have met 24 times since 1908, with England winning on just eight occasions.

Eight of England’s last 15 World Cup knockout matches have now gone to extra-time and they could well be taken all the way by Sweden.

Striker Harry Kane will probably be the key to their success. The Spurs’ star has been in fine form during the tournament and punters will be keen to back him to get on the scoresheet this weekend.