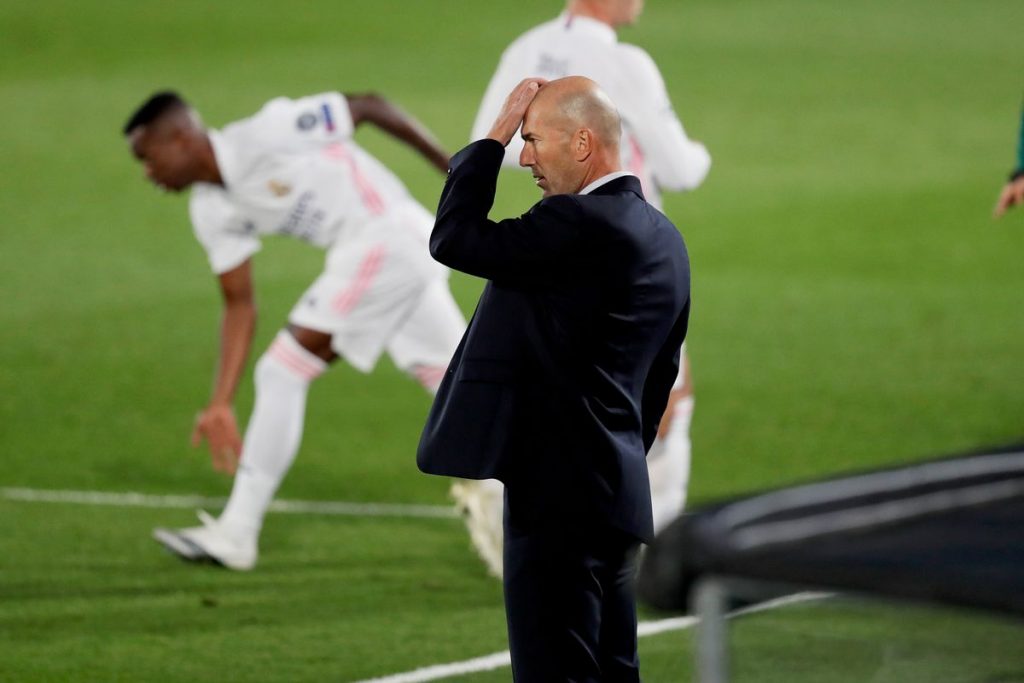 Real Madrid head into their 245th El Clasico clash with Barcelona on the back of two straight defeats.

Zinedine Zidane’s side were handed a shocking 1-0 loss in the league by newly-promoted Cadiz at home last weekend, and they couldn’t bounce back in their next match, suffering a 3-2 defeat at the hands of Shakhtar Donetsk in their Champions League opener on Wednesday.

Another loss tomorrow at Camp Nou at the hands of their bitter rivals will be a bitter pill to swallow, and Zidane and his men will be pulling out all stops to ensure they leave the city of Barcelona with all three points.

Madrid have won three La Liga games this term after kicking off their title defence with a draw, and they will fancy their chances against Lionel Messi and co in an empty Camp Nou.

Barca are also struggling at the moment with the players still yet to fully understand the system and style of new manager Ronald Koeman, so there are no favourites heading into tomorrow’s El Clasico.

Madrid have huge injury concerns ahead of the clash, with Belgian attacking midfielder Eden hazard still sidelined for the long-term. Spanish right-back Dani Carvajal is also ruled out, while Mariano Diaz, Martin Odegaard, and Alvaro Odriozola might also miss out.

Los Blancos’ captain and Spanish centre-back Sergio Ramos limped out of last weekend’s defeat to Cadiz with a knee problem, and he wasn’t able to play Wednesday’s game as a result.

It remains to be seen whether he will be available for the Barcelona trip, and his absence will be a huge blow for Madrid.

Ramos has been training alone since picking up the knock, and he will now undergo a late fitness test to determine his availability.

He has made more appearances (44) than any other player in the history of El Clasico, but Messi could catch up with him should he fail to make an appearance tomorrow.

Thibaut Courtois will retain his place in goal and will hope to shut out Barcelona after doing so home and away last term.

Zidane doesn’t have a natural right-back available and could stick with Ferland Mendy as a makeshift, with Marcelo playing on the other side of the defence.

With Ramos a doubt, Eder Militao is expected to be paired with Raphael Varane in central defence.

Madrid can win the game with a strong midfield, and could opt for the trio of Casemiro, Toni Kroos and Federico Valverde.

The attacking trio of Marco Asensio, Karim Benzema and Vinicius Junior will cause the Barcelona defence a lot of problems, and Zidane could go with them.