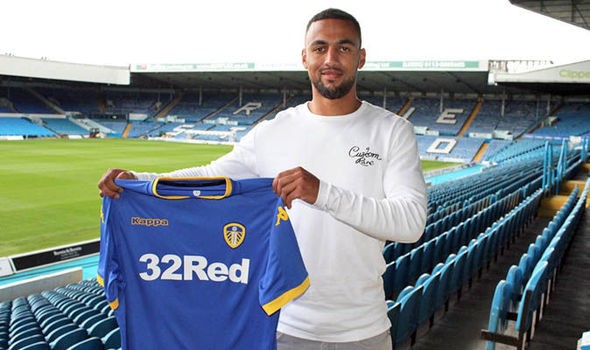 Former Leeds United winger Eddie Gray believes that Kemar Roofe will only get better for the Yorkshire club.

The 24-year-old joined Leeds United from League Two side Oxford United for a reported fee of £3 million last summer, and played a prominent role under Garry Monk.

Last season, he spent most of the time on the right wing and managed only three goals in 43 Championship games.

Under Thomas Christiansen, he looks a player re-born, having scored four goals in his last two games from central role.

The new Leeds manager has shown willingness in using him as centre forward and it remains to be seen whether he retains the place, following the arrival of Pierre-Michel Lasogga on the deadline day.

Lasogga is a player similar to Chris Wood – who joined Burnley this summer – and it will be interesting to see whether Christiansen will continue to use Roofe as his main striker.

Gray believes that there’s plenty more to come from Roofe, and that the former West Bromwich Albion player will only get better for the Elland Road club.

“He’s another one who will only get better. I think there’s a lot of improvement to come from Kemar. He has a good knowledge of how to get into the game,” Gray told LUTV.

“Hopefully everything will happen for him this season.”

Roofe will get better players in Samu Saiz and Egzjan Alioski alongside him this term, and it remains to be seen whether he can live up to his potential.