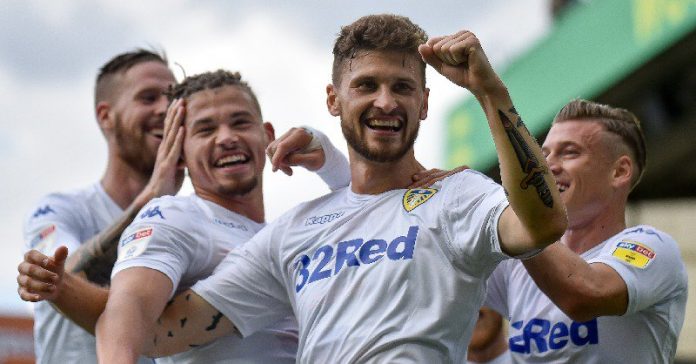 Leeds United secured their fourth win in the Championship after comfortably beating Norwich City on Saturday afternoon at Carrow Road.

The Yorkshire club have made a great start in their new campaign under Marcelo Bielsa, and their 3-0 win over Norwich have taken them to the top of the league after five games.

Former Leeds United skipper Dominic Matteo has hailed the result as a ‘Great win’ on social networking site Twitter and he is happy with the progress the Whites are making under the Argentine.

Under Bielsa, Leeds have produced some scintillating attacking performances, but against Norwich they showed how good they are in defending as well.

Two goals from Mateusz Klich and Ezgjan Alioski before the break, and Pablo Hernandez’s strike after the interval sealed all three points for the Whites.

Leeds created loads of chances during the game, and enjoyed a whopping 59% of possession. The Whites could have easily added more goals to their tally had Samu Saiz and Patrick Bamford taken their chances.