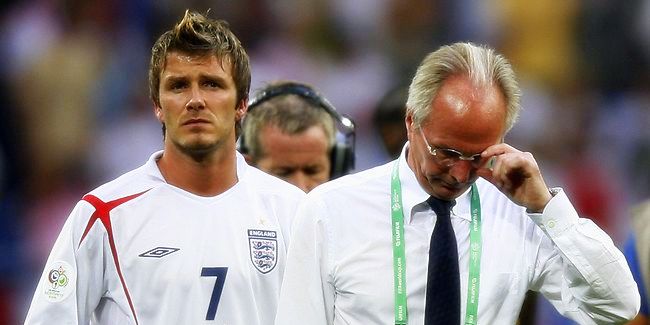 England are facing two crucial away fixtures against San Marino and Montenegro in the next week, and as is often the case with our national team, it’s difficult to know what to expect. So many times we’ve seen listless performances in these types of games, even if we have managed to secure the result.

There has, of course, been the occasional terrific display – the 4-1 thrashing of Croatia away from home being a perfect example – but often those performances are met with a degree of negativity too.

If we reflect back on England’s 2-1 win against Brazil last month for instance, amongst the well-deserved praise there was a stark reminder of the difficulties of supporting the Three Lions. An England performance acknowledged by the media as a positive one was soon met with weary cynicism from the fans.

Oh here we go, the media portraying England as world beaters again, until we go to a tournament and fail. It was a common train of thought following that match, and it is easy to understand why: for years we have been yo-yoing between absurd highs and crushing lows, between unfounded confidence and depressing reality.

Every major tournament has delivered the same dismal cycle: the high of qualification followed by a media-fuelled sense of optimism, only to see us scrape through to the quarter finals and lose on dreaded penalties, prompting the press to tear apart those players they had so recently decorated with praise.

Assuming we fail to achieve startling success, which we inevitably do, it’s a mindset we’re all tired of: false expectations crumpling to sand as soon as we face any opposition of calibre.

Recent years, however, have seen a significantly diluted version of this process: whether it was the dismal failure of Steve McClaren’s reign or the abysmal 2010 World Cup performances (or a combination of both), the 2012 European Championships witnessed England supporters (and the media) exhibiting a distinctly muted attitude to the prospect of English success.

Yes, we had just changed manager, suffered injuries, and lost Rio Ferdinand to ‘football reasons’ (a saga brought to a bizarre climax this week), but it was more than that. There was a marked sense of sober realism, which bled from the fans to the media and back again.

We didn’t dream of success. We maybe, tentatively, hoped for the quarter finals.

The caution remains. To return to last month, we defeated Brazil, both in terms of result and performance. The fact they happened to be mediocre was a thought unheard before the game and pre-match predictions tended to suggest England were likely to lose, and lose convincingly.

As it turned out, it was one of the most encouraging displays of recent times and we had the best player on the pitch in Jack Wilshere. The media responded with watchful praise: (mostly) avoiding the sensational and providing a considered, positive view of the game.

It was refreshing. It was honest. The next day I heard many people muttering about England in positive terms, quietly, carefully, almost under their breath, in case they were accused of getting carried away. That cautious appraisal once more.

It’s rarely witnessed in club football, as supporters display tribal pride in their team’s achievements. But at national level it feels different. And herein lies the problem: how do you actually celebrate an England victory?

Let’s consider it for what it was for a moment: a meaningless friendly against a clearly less than fully-fit Brazil side in home conditions. We conceded a few too many chances and were a little fortunate Neymar’s finishing was as bad as his haircut. But generally we played well, displaying a tempo, passion and drive we seldom glimpse in an England performance. Yet any acclaim was met with equal wariness.

No one, even the media, is claiming England to be world-beaters. Scour the newspapers this week or next: you won’t find a prediction of England’s World Cup success in Brazil. No one is even guaranteeing we’ll qualify. But surely we can celebrate a good game. Surely we can enjoy a good performance.

If England perform well in the next two games, we should relish it. It might be isolated in its success, it might not matter a great deal in the long-term, but it shouldn’t make it any less enjoyable.

England won’t be trying to hustle us by playing well now only to mess it all up next summer or in the qualifiers. They always strive to play well – it simply doesn’t always work, sometimes chronically so. Why can’t we enjoy it when it does?

And what is success for England anyway? Forget those misleading world rankings for a moment. Are England about the 8th, 9th, 10th best team in the world? Possibly. Even if you do agree with that, then by rights then they should reach the quarter-finals of a major tournament.

If you think they are inferior to that, then they have over-achieved in getting that far. Maybe that is our success level; our ceiling. I’m not sure England should be pilloried quite so much for achieving for exactly what their standing in the game states they should do.

Don’t get me wrong. I’m desperate for England success. I’m as disappointed and dismayed as anyone when we are knocked out, usually because we are embarrassingly bad at kicking a ball into a goal from twelve yards out. But perhaps our definition of England success should be modified slightly.

As much as I’d love to see our players lift a nice shiny trophy above their heads, and perhaps knowing how unlikely that is, I feel there is still considerable enjoyment to derive from the highs England provide.

Do we focus too much on the negatives? A quick race through the last thirty years and straightaway we recall Diego Maradona’s handball in ’86, the excruciating loss to Germany in ’90, Gareth Southgate’s feeble penalty in ’96, David Beckham’s red card in ‘98, Ronaldinho’s lucky/incredible (delete as appropriate) goal in 2002, Rooney’s injury in ’04, Rooney’s dismissal in ’06, England generally stinking the whole place out in 2010.

Even if we narrow it to that time-frame, it’s been nearly three decades littered with frustration. Yet there’s been thrilling highlights too. Who didn’t enjoy England beating Argentina in 2002 World Cup, when David Beckham drove home a winning penalty?

Or when we demolished Denmark with three goals in the first half a week or so earlier? A Rooney-inspired England’s march through the group stages in 2004? Or when Venables, Gascoigne and Shearer combined to provide that joyous summer of ’96?

The football we played under Glenn Hoddle’s progressive and intelligent England in ’98? And Capello’s England thrashing a strong Croatia side 4-1 in their own back-yard?

I’ve not even mentioned the 5-1 against Germany yet.

There’s many more and they are moments to savour. Each of those times was celebrated with elation, and yes, we did get carried away back then at times (the Golden Generation, for example, promised much but delivered little). And that’s the problem with good performances.

With England, hope can, and often does, lead to despair. Each tournament tends to end in familiar disenchantment.

I think that’s the point with England. There will be disappointments. That’s football. Most teams won’t win. The majority of teams in every league in the world know they will conclude each season empty-handed. It shouldn’t, and doesn’t, stop them relishing those times when they do well.

We should do the same. Let’s enjoy the successes for England when they happen, however small and however fleeting. If we play well in the next two games, it’s a step nearer to qualifying for the World Cup next year. It might mean nothing more than that, but it will still be enjoyable.

So if it happens, let’s enjoy it.