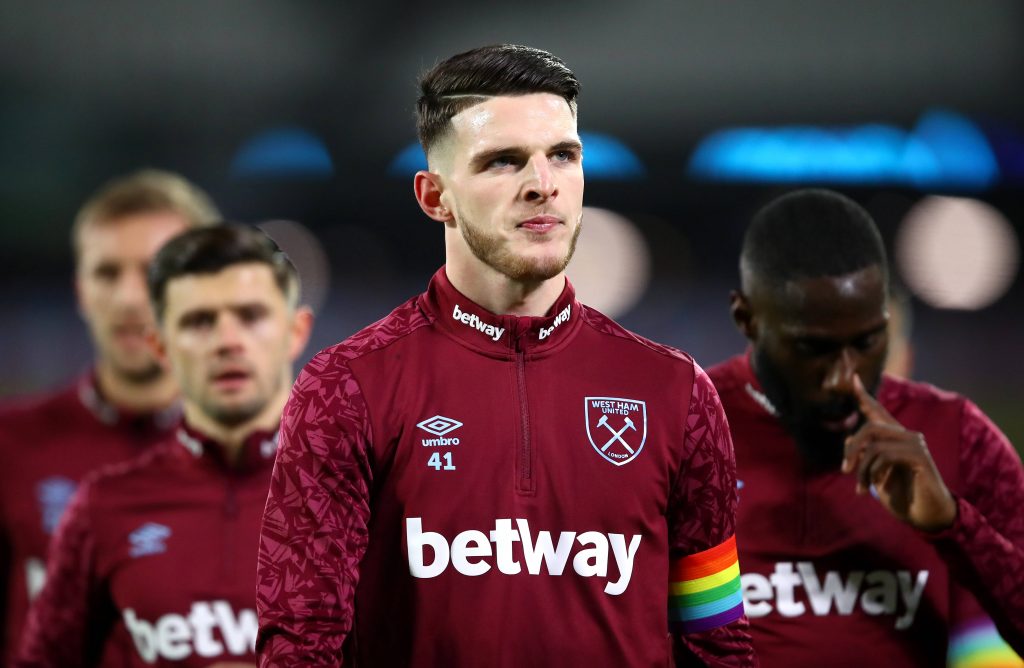 Declan Rice would reject any new contract offers at West Ham United, according to the Times.

Rice signed his first professional contract with West Ham in late 2015 and made his debut a year-and-a-half later.

He became a regular in the first team the following season, appearing in 26 league games. 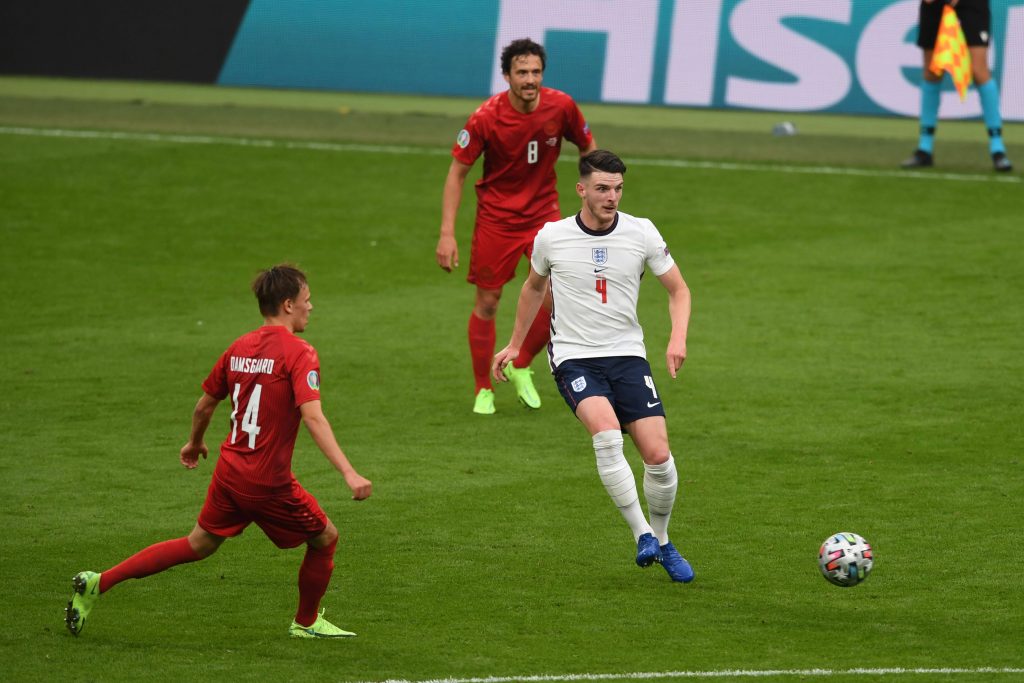 Rice has subsequently become one of the most important players at the London Stadium.

He has made 146 appearances for the Hammers in all competitions, scoring five times.

His performances have earned him 24 caps for the England national team, as well as three for Republic of Ireland earlier in his career.

During the Three Lions’ European Championship campaign, the 22-year-old garnered plenty of praise for his displays.

He protected the backline alongside Leeds United’s Kalvin Phillips as they reached the final of the tournament while conceding just twice.

Given his ability and age, Rice is a player in demand. Chelsea have been strongly linked with his signature, having targeted the defensive midfielder last summer under then-manager Frank Lampard.

West Ham have reportedly set his asking price at £100 million to ward off any potential buyers and are also looking to hand him a new contract.

However, according to the Times, Rice will turn down any new contract offers to keep his options open.

The Englishman still has three years left on his current deal, leaving the east Londoners under little pressure to sell.

But they will be wary of bigger clubs who may need a defensive midfielder.

Manchester City’s Fernandinho is 36 now and is out of contract in the summer.

Meanwhile, Chelsea may be looking for a long-term replacement for N’Golo Kante, who is 30 and has just two years left on his deal.

Then there’s Manchester United, who may be hoping to find an immediate upgrade in that area.

Nemanja Matic is noticeably past his best, while Scott McTominay and Fred are solid but unspectacular.