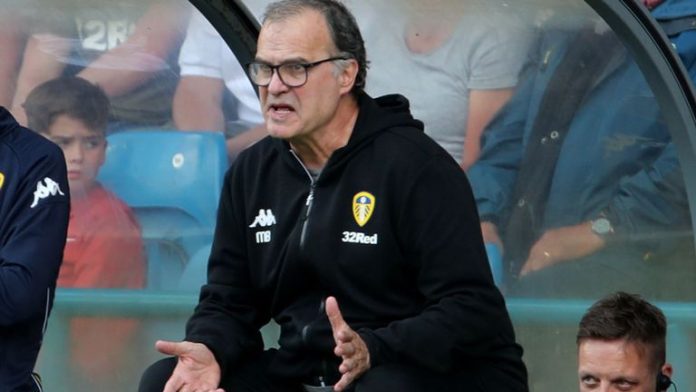 Leeds United will face Millwall in the Championship clash on Saturday.

The Whites are heading into this fixture will full confidence after securing a brilliant 1-0 victory against West Bromwich Albion during the midweek.

It was their first win in three Championship games, and Marcelo Bielsa’s side will be looking to build a strong momentum from here on.

Leeds find themselves second in the Championship, just one point behind Swansea, and are one of the favourites to secure promotion to the Premier League this season.

Sky Sports pundit, David Prutton, has predicted Leeds to win the game 2-1. Millwall are fighting for survival and they are struggling to score goals.

Leeds, on the other hand, dominated against the Baggies, and showed great resilience to hold out for the win. Prutton predicts that it will be difficult for the home side to get a positive result against the Yorkshire outfit.

“Millwall are struggling to score goals, so when they do take the lead as they did at Luton, they are going to need to hold onto those 1-0s if they want to avoid a relegation battle. On Wednesday night they couldn’t quite hold on,” said Prutton to Sky Sports.

“Leeds got arguably their most impressive win of the campaign against West Brom in midweek. It was the first time they haven’t dominated for 90 minutes in a long time, but they showed superb resilience to hold out for the win. They should have too much for Millwall.”

The Whites are missing several key players for this game. They will be without skipper Liam Cooper, who has been ruled out for up to six weeks with a groin injury.

The Argentine will also be without Jamie Shackleton who is sidelined for four weeks with a hamstring injury. Pablo Hernandez and Adam Forshaw are still unavailable for Leeds.