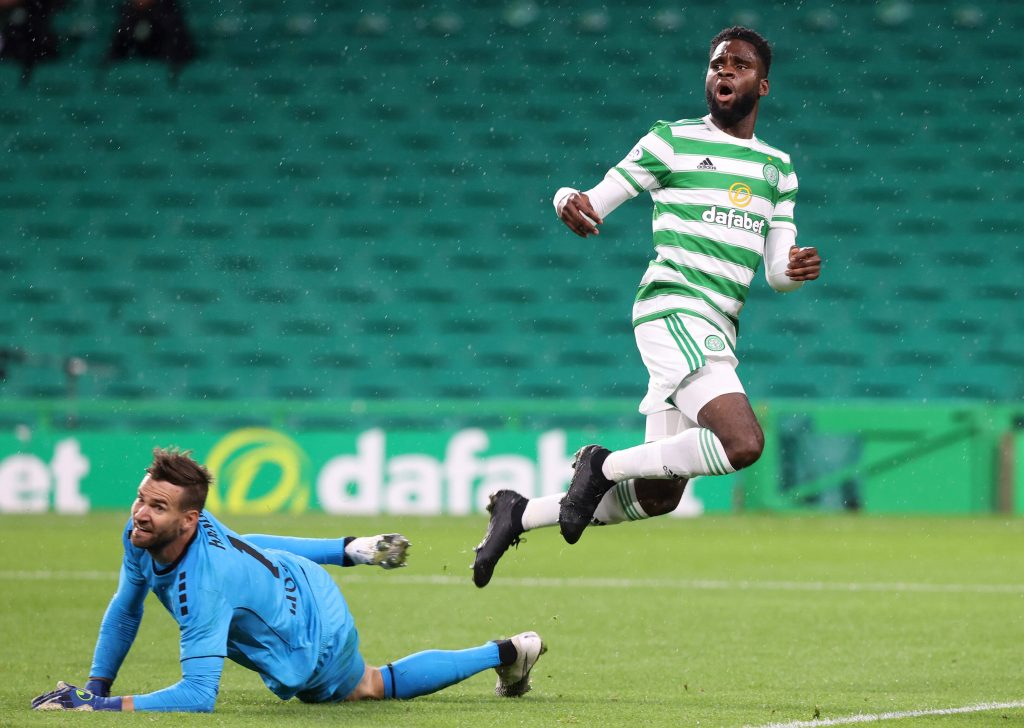 Crystal Palace have become the latest club to be linked with Celtic striker Odsonne Edouard, according to The Telegraph.

The Frenchman has entered the final year of his Hoops contract, and he has been widely touted to secure a fresh challenge elsewhere.

Leicester City were the first club to be linked with Edouard’s services, but they ended up pursuing Patson Daka from Red Bull Salzburg.

The 23-year-old has since been linked with West Ham United and Brighton & Hove Albion, and the latter were said to have held talks.

However, the Hoops are yet to receive any bid. Palace have now entered the pursuit with Patrick Vieira eyeing a striker before the deadline.

Edouard was far from his best for the Hoops last term, but he still registered 22 goals and six assists from 40 appearances across all competitions.

In the current season, he has bagged two goals and two assists from seven outings. However, he has drawn blank in all four European qualifying games.

There are doubts whether he can replicate his success at Celtic in the Premier League, and clubs seem reluctant to pursue his services.

The Hoops signed him for around £10 million from Paris Saint-Germain, and it is claimed that they want some profit on the money spent.

Palace have shown that they are ready to spend after a squad overhaul. The prime focus appears on lowering the average age of the squad with young signings.

Vieira was pretty vocal that he needs more quality and depth at the club. Edouard could be added to the club’s ranks to provide competition to the senior players.

Christian Benteke, Jean-Philippe Mateta, Jordan Ayew and Wilfried Zaha are currently the striking options for Vieira to potentially play in a 4-4-2 system.