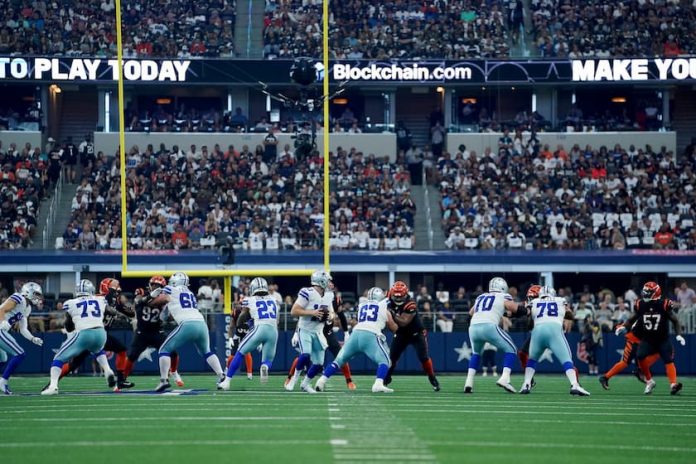 A hilarious video has emerged of a Dallas Cowboys fan riding a horse through a store after their walk-off win against the Bengals.

After a poor week 1 result against the Bucs, the Cowboys bounced back and edged a 20-17 win against the Bengals on Sunday. Although it isn’t a major result in the long season ahead, one fan decided to celebrate in true Texan style.

The video in question shows a man wearing a Dak Prescott jersey whilst riding a horse through a Walmart, and of course the horse’s mane and tail were blue and white.

The video even caught the attention of Cowboys owner Jerry Jones who addressed it on his radio show saying: “I’ve literally been on a horse inside before, it’s a dicey thing, because if that horse gets to slipping and sliding and kicking it’s a mess.”

The fan was lucky to get away with no punishment as it’s illegal to ride or herd horses on private property without the consent of the owner in Arlington. However, because no employees asked the man to leave then no offense was committed police spokesman Tim Ciesco said.

The Cowboys are facing a difficult path to playoff contention considering how these first two weeks have gone but they will be looking to secure another win against the undefeated New York Giants on Monday.