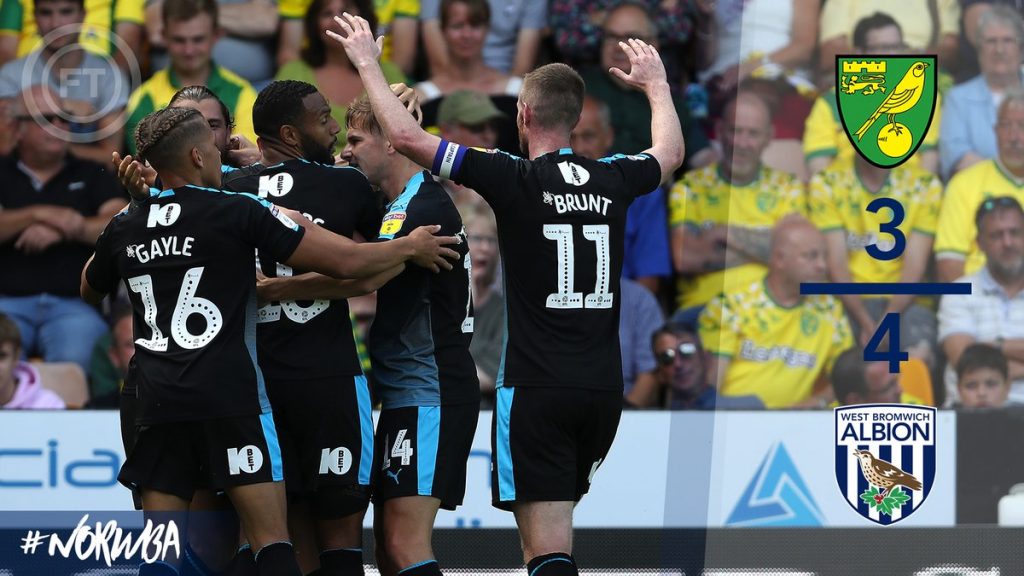 West Brom earned their first win of the 2018-19 campaign after the Baggies defeated Norwich City at Carrow Road in the Championship clash on Saturday.

Jay Rodriguez scored twice, while Harvey Barnes and Hal Robson-Kanu scored for the Baggies to edge Norwich in a seven-goal thriller.

Kieran Gibbs started the match and even had a deflected shot save by Tim Krul. He was forced off at half-time with a knock, and was replaced by Conor Townsend.

The 25-year-old, who joined the Baggies from Scunthorpe United in the summer transfer window, made a promising debut and he could retain his place in the coming matches.

He took to Twitter after the match and expressed his delight on making his debut for the Baggies.

Delighted to make my debut today! Even better getting the first win of the season, time to kick on now

West Brom fans were quick to respond to his tweet and praised him for his performance. Here are some of the selected tweets:

Quality very composed and solid in 1 on 1 situations, hope your @WBA goes from strength to strength

The Baggies have made a stuttering start to their 2018-19 campaign. They suffered a shock defeat against Bolton in their opening match, and drew 1-1 against Nottingham Forest before securing their first win on Saturday.