Tottenham Hotspur have confirmed on their website the capture of highly rated defender Eric Dier from Sporting Lisbon. The Englishman joins the London club on a five-year deal for a fee of £4 million, after completing his medical today. 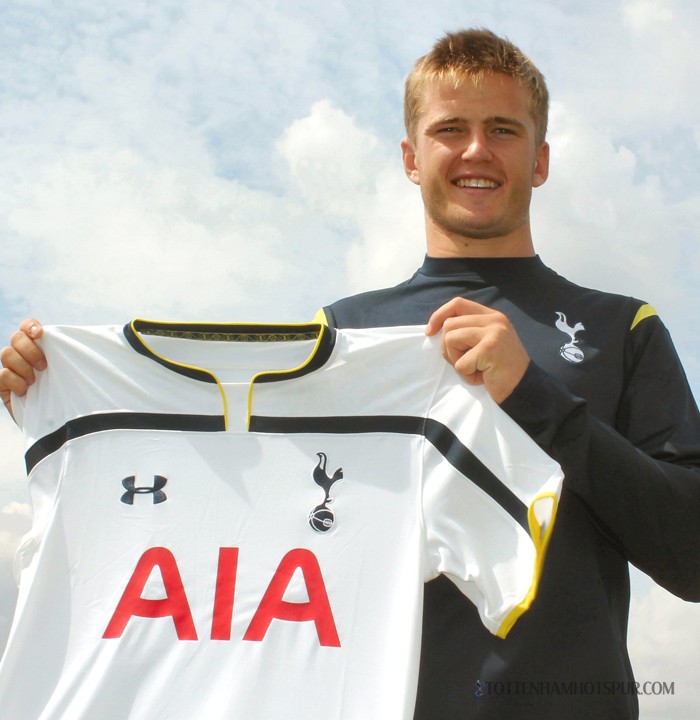 The story of Eric Dier is a peculiar one. It is very rare to see a young Englishman playing his football abroad. Dier’s mother moved to Portugal from England back in 2004 when she was offered a job at the European Championships. Eric, who was 10 years old at the time, shifted with her. His footballing talents were spotted by his P.E. teacher and he was subsequently taken into the youth ranks at Sporting Lisbon.

Dier was loaned out to Everton in 2011 but failed to break into the first team at Goodison Park. In 2012, he made his first appearance for the senior team at Sporting. He went on to make 15 appearances that season and 15 more in the next campaign as well. His impressive displays caught the eye of several clubs across Europe, with people likening him to a young John Terry.

The hard-tackling centre back, who can also be deployed as a central midfielder, will be looking to make a good early impression in the Premier League. And with Pochettino’s affinity for fielding young players, it won’t be long before he gets his opportunity.