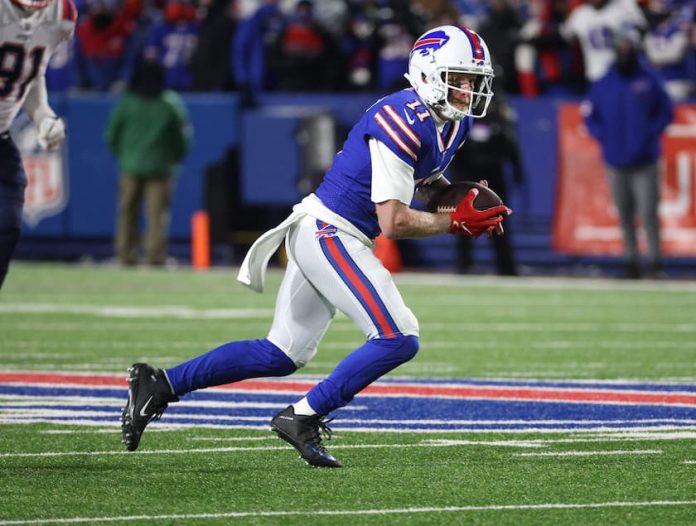 Beasleys agent has confirmed to several media outlets that the Bucs will be signing the WR and placing him in their practice squad, soon to move him into their active roster.

It seems the main reason behind this move is that 7-time Super Bowl champion Tom Brady has had his eye on Beasley for some time now. This new acquisition will certainly fill in a need for the quarterback.

News from @gmfb: The #Buccaneers are signing veteran WR Cole Beasley to their practice squad with the expectation he’ll be elevated to the active roster soon, source says.

Tom Brady pushed to bring in another veteran pass catcher and has had Beasley on his radar for a while. pic.twitter.com/dTBH64cgyR

The Bucs recently lost Pro Bowl wideout Mike Evans to a one-game suspension due to an on-field skirmish and Julio Jones is out of the squad due to a knee issue. Furthermore, Chris Godwin is dealing with hamstring issues which are also placing him out of the squad.

Although Chris Beasley is a veteran he is still very much at the top of his game. He was astonishing out of the slot for both the Cowboys and Bills over his career, and now at 33 and coming off a solid season in Buffalo, he just tied his career high with 82 receptions.

Beasley became a rather controversial figure last year at Buffalo due to his pushback over the COVID-19 vaccine. This is possibly one of the reasons that played a part in him remaining on the free-agent market into the 2022 season.

The Bucs have started the season off well going 2-0, however the offense has struggled to get going with 39-points in two games and Brady was clearly frustrated with how the team were performing against the Saints on Sunday.

Bucs fans will hope Beasly can amplify their offense and make their run for a Super Bowl that bit more comfortable.