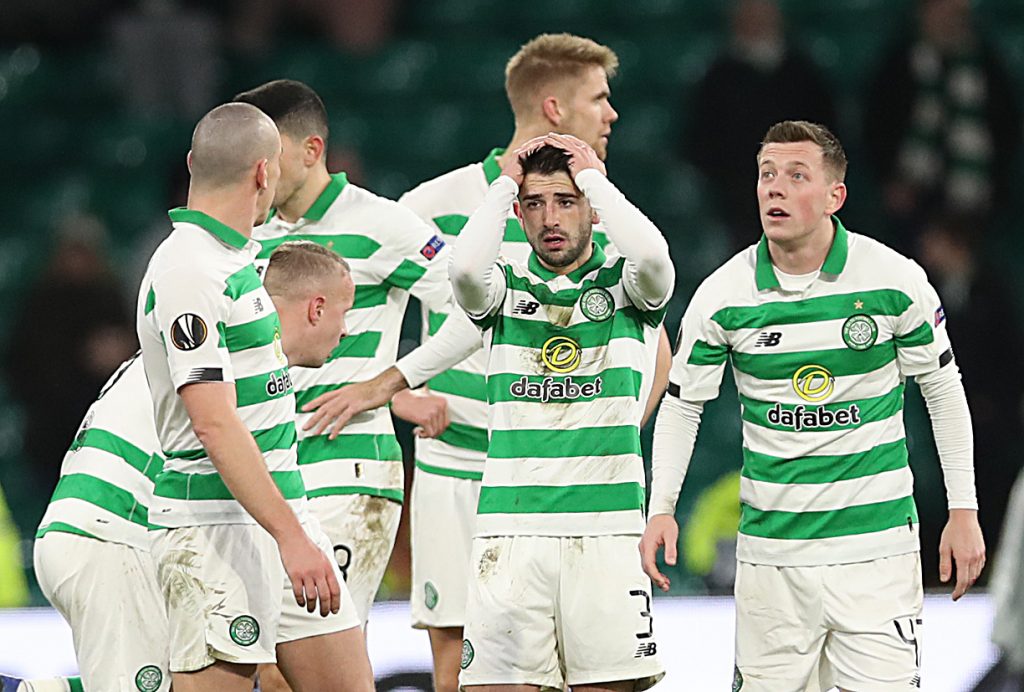 Celtic crashed out of the Europa League after a defeat to Copenhagen last night.

The Danish outfit scored twice in the closing stages of the game to knock the Scottish champions out of the competition.

Copenhagen took the lead through Michael Santos on the 51st minute. Celtic managed to get back into the game through Odsonne Edouard’s penalty on the 83rd minute.

The visitors then scored twice in the space of three minutes to secure a vital away win.

Former Celtic star Chris Sutton has now shared his reaction to the result on Twitter.

The popular pundit tweeted that Celtic only have themselves to blame for the result and it was a great opportunity for them to get to the next round.

He also added that Celtic could have beaten the likes of Arsenal in the next round had they made it through.

Sutton went on to claim that this is a reality check for Celtic.

It will be interesting to see how the Hoops bounce back from this now. They are in the driving seat as far as the title race is concerned.

The fans and Lennon will now demand a strong finish to the season from the players.