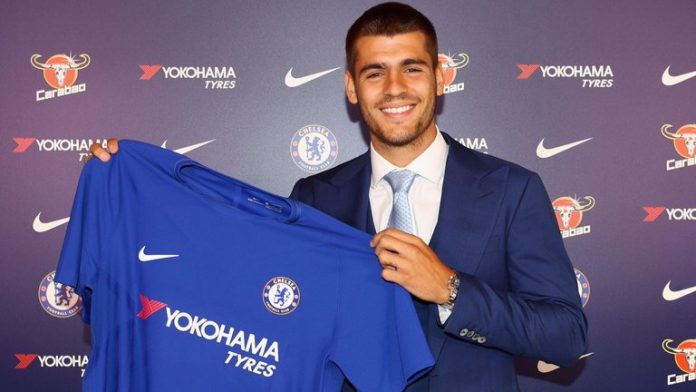 Following their procession to the Premier League title last season, many felt that Chelsea had one of the strongest squads in the division. By all accounts, Antonio Conte had devised a winning formula and the Blues appeared to have strength in depth all over the pitch.

The Chelsea news going into the 2017 summer transfer window, however, was nothing positive. The summer proved problematic for the Blues, with Nemanja Matic departing for Manchester United and Diego Costa falling out of favour and manufacturing his desired move back to Atletico Madrid.

Despite missing out on the primary target and former striker Romelu Lukaku, Chelsea still spent over £170 million during the offseason.

The three-time capped England midfielder is ranked in sixth place purely due to the fact he is barely yet to feature for the Blues this season. The England international has been acquired from Leicester in an attempt to rekindle his potent partnership with N’Golo Kante in central midfield, and only time will tell if moving to Stamford Bridge was the correct move for him and the Blues.

The Argentinian shot-stopper was brought in to provide cover to Thibaut Courtois following the departure of Asmir Begovic to Bournemouth. In his only appearance, against Nottingham Forest in the Carabao Cup, he looked assured and is a logical backup to the Belgian number one, who will be able to impart some of his knowledge and experience.

The Italian right wing-back looks a tailor-made fit for Conte’s 3-4-3 system. His energy up and down the field is essential and he looks very comfortable in forward areas – scoring a goal against FK Qarabag on his home debut. Victor Moses currently occupies the RWB slot but Conte will be delighted to be able to rotate in his back line should he wish to do so.

As an integral part of Monaco’s success last season much had been made of Bakayoko’s move to West London and the imposing Frenchman has delivered. With time on his side (aged 23), he looks to have all the attributes of a top midfield player and looks well set to fill the void left by Nemanja Matic in the middle of the park.

The German centre-back has thoroughly impressed since his arrival from Roma and has looked composed in his seven appearances in all competitions so far. The emergence of Andreas Christensen, as well as the arrival of Rudiger, has given Conte food for thought in the centre of defence, with David Luiz and Gary Cahill’s places in the team under threat.

The Spanish hitman has instantly delivered on his large price tag by bagging seven goals already this term. Conte will be delighted with how his marquee summer signing has performed and his recent injury will be a big blow to the Blues in the short term. On his return, he will be looking to continue his strong start and fire his team back up the league, keeping them in contention for trophies on four fronts.