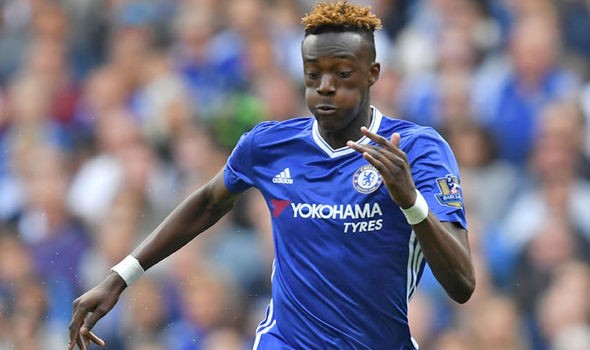 Young Chelsea striker Tammy Abraham has paid tribute to former manager Jose Mourinho for helping him develop as a footballer.

Abraham spent last season on loan at Championship club Bristol City where he scored an incredible 26 goals in all competitions. The 19-year-old has been sent out on loan again this season by Chelsea boss Antonio Conte. Abraham joined Swansea City where he hopes to replicate his heroics from last season.

The 6 ft 4in centre forward gives credit for his prolific form in front of goal to Manchester United boss Jose Mourinho who he will face this Saturday in Swansea’s next league fixture.

“When Jose Mourinho was Chelsea manager the first time around, I was a young boy.” he said.

“I took pictures of him when I saw him at the training ground.

“During his second spell in charge, I trained with the first team quite a few times. He gave me some wise words.

“He said stay focused, keep scoring goals and being hungry and you will get your chance. Luckily I got it towards the end of that season.”

Abraham started Swansea’s Premier League opener in the 0-0 draw against Southampton last weekend and looks set to keep his place in Paul Clement’s starting XI to face his former manager’s club on Saturday at the Liberty Stadium.