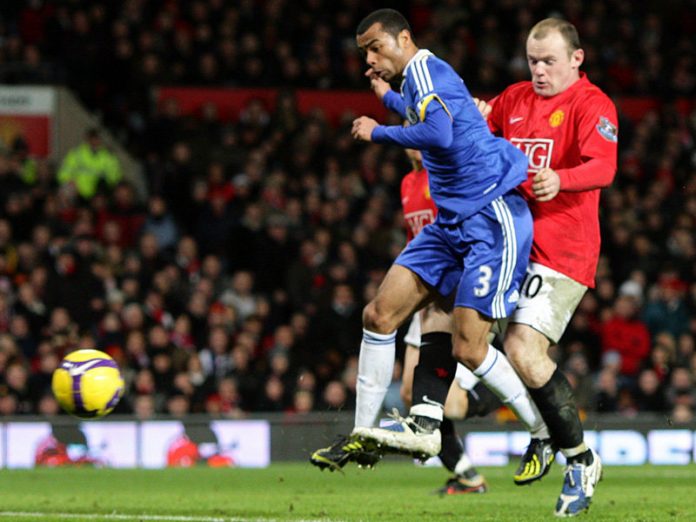 Chelsea host Manchester United in an eagerly anticipated all English clash in the UEFA Champions League Quarter Final on Wednesday evening, looking to put to rest the demons of Moscow three years ago. Both sides will be looking to gain the upper hand ahead of the second leg at Old Trafford in a week’s time.

Carlo Ancelotti’s side come into this on the back of a 1-1 draw at Stoke City at the weekend, a result that has probably ruled them out of the Premier League title race this season. Their failure to keep up with Manchester United for most of this campaign will do nothing but spur them on to knock their rivals out of Europe’s premier football competition this season.

Chelsea last met English opposition in the Champions League when they beat Liverpool 7-5 on aggregate at this stage in 2009. That time they drew the home leg 4-4 after a 3-1 victory at Anfield. Since then they have only lost three times in the competition, including defeats both home and away to last season’s eventual winners Inter Milan.

In the Group stage Chelsea won their first five games before losing the final match at Marseille. Qualification was already in the bag and it was obvious that the Chelsea team were not fully wound up for that encounter, knowing there was little to play for.

Their last home game in the competition saw them held 0-0 against FC Copenhagen which saw them comfortably through after a 2-0 victory in the first leg.

Coming into the match, Ancelotti will again have the dilemma up front of whether to play £50 million man Fernando Torres, who is still yet to find the net for his new club, Didier Drogba or Nicholas Anelka who has already got seven Champions League goals this season, just one behind top scorer Lionel Messi. The chances are two of the three will start, but it is sure to be a big decision for Ancelotti and one that could decide the whole tie.

Manchester United had the best possible preparation for this game with a sterling comeback at West Ham United on Saturday lunchtime. They won the match 4-2 after trailing 2-0 at half-time, thanks to a superb hat-trick from none other than Wayne Rooney. With the events after that resulting in a ban for the fiery front man, it is safe to say he will be fully wound up once again and Chelsea’s backline will have to be at their best to keep him away from any cameras!

Sir Alex Ferguson has received a massive boost on the eve of the time, with Rio Ferdinand coming through training and he will be hoping the centre back can return to rekindle his partnership with Nemanja Vidic. Should he not make it, expect Chris Smalling to once again fill the void.

In the group stages Manchester United did not concede a goal away from home and in the last round they came away from Marseille with a 0-0 draw. Sir Alex has ensured a tight defence is their main priority this term and be sure that will be the case again tomorrow night.

Last season Manchester United were beaten by two late Bayern Munich goals at this stage, and that proved a vital loss as Bayern eventually progressed on the away goals rule. That was just one two away defeats in their last 22 Champions League games away from Old Trafford.

In the competition so far this season, Chelsea have had 128 shots (only Real Madrid have had more – 130), compared to just 80 by Manchester United. United are also well behind on goals scored, finding the net just nine times compared to 16 by Chelsea.

Last time the two sides met was in the Premier League last month where Chelsea came away with a 2-1 victory, it is not unfair to say the referee played a part in both Chelsea goals, something which was well publicised by Sir Alex at the time.

The last time Manchester United won at Stamford Bridge was way back in April 2002 and since then they have beaten their rivals just four times in the Premier League, with Chelsea winning the last three league meetings.

This tie as a hole is far too close to call, Chelsea are slight favourites at 1.86 to qualify, Manchester United are 2.14 (Betfair).

For the first leg, Chelsea are 2.2, Manchester United 3.95 and the draw is 3.3 (Betfair). This will be an incredibly tight game and I would be very surprised if there were many goals after the first 90 minutes. With Wayne Rooney, Manchester United always have a great chance of finding that away goal so I will go for both teams to score at 2.02 (Betfair).

As a lively outside bet I also like Chelsea/Draw on the HT/FT market at a generous 17.0 (Betfair).

I think if Manchester United can come away with an away goal, they stand a great chance of going through. I will be having a bet on them to qualify at 2.14 before the first leg gets under way.