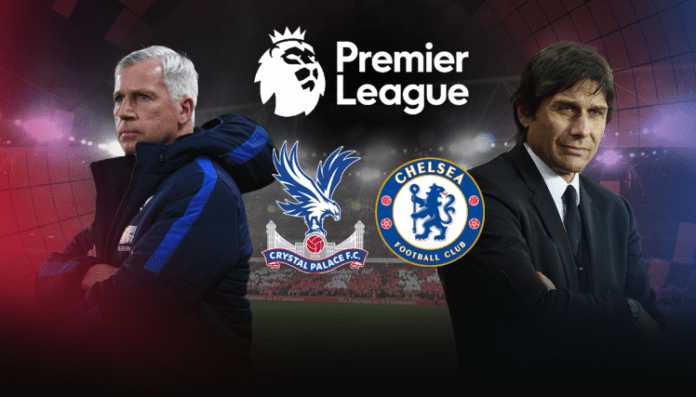 Chelsea host Crystal Palace in the Premier League this weekend and the Blues will look to add to their eight-game unbeaten run with a win.

Conte’s men have a 10-point lead at the top of the Premier League.

The home side have a very good record against Palace and will look to maintain that here. They have won eight of their last ten against the Eagles.

Chelsea are expected to be without Moses and Terry for this game.

Crystal Palace have improved since the arrival of Sam Allardyce and will be looking to continue their form here. The Eagles are unbeaten in three and haven’t conceded a single goal in that time.

However, they will need to improve going forward if they want to get something out of this game. Palace have failed to score in three of their last four matches against Chelsea.

James McArthur is a doubt for the away side. Loic Remy is not available to play against his parent club. Jonathan Benteke, Connor Wickham, Pape Souare and Mathieu Flamini are still absent.

Chelsea have won 19 of their last 22 matches in the Premier League.

Chelsea have won 8 of their last 10 matches against Crystal Palace in all competitions.

Chelsea have scored at least 2 goals in 9 of their last 10 home matches in the Premier League.

Crystal Palace have kept a clean sheet in their last 3 matches in the Premier League.

Crystal Palace have won their last 3 matches in the Premier League.

Chelsea have been winning at both half time and full time in 5 of their last 7 matches against Crystal Palace in all competitions. Bet on the Blues to win both halves here.

There have been under 2.5 goals scored in 6 of Crystal Palace’s last 7 games in the Premier League. Palace have been solid at the back recently and a low scoring game is definitely on the cards here.

Chelsea are firm favourites to win here. Palace are in good form and will make life difficult for the home side, but they are good enough to find a way past Allardyce’s men.

It should be a close contest, but a home win seems inevitable this week.