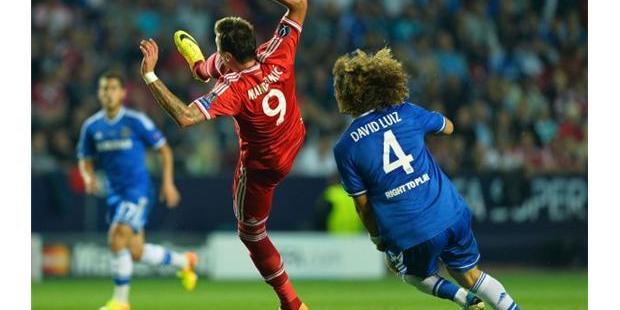 In an astonishing turn of events, reports from Germany suggest that Chelsea and Bayern Munich are willing to negotiate a swap deal involving David Luiz and Mario Mandzukic in the summer. German daily Bild have reported the story while the news has also been relayed by Mundo Deportivo of Spain. 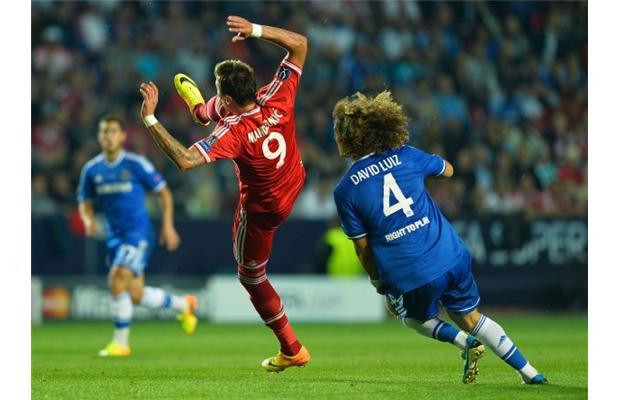 It is believed that Bayern manager Pep Guardiola admires Luiz and is desperate to land the Brazilian at the Allianz Arena in the upcoming transfer market. The 27 year old has been sparingly used at Stamford Bridge this season, featuring just 22 times as Mourinho persisted with Gary Cahill and John Terry at the heart of the defense.

We had reported a couple of days ago that Barcelona were close to landing Luiz but in lieu of the new developments, it would only make sense for Chelsea if they go ahead in a deal which involves a deadly striker to solve their goal scoring woes up front.

The Blues are certain to land Diego Costa from Atletico Madrid for a figure worth £32m but the player himself quashed any such rumours claiming them as utter ‘nonsense’.

Mandzukic’s future also remains uncertain with the imminent arrival of Rober Lewandowski from Borussia Dortmund and given Guardiola’s one striker or a false nine philosophy, the Croat’s career might be over at the Bavarian club. The 27 year old striker has netted 21 times and grabbed 6 assists in 40 appearances for the Allianz Arena outfit this campaign.

What do you think? Is this a better deal for the Blues? get involved in the comments below…