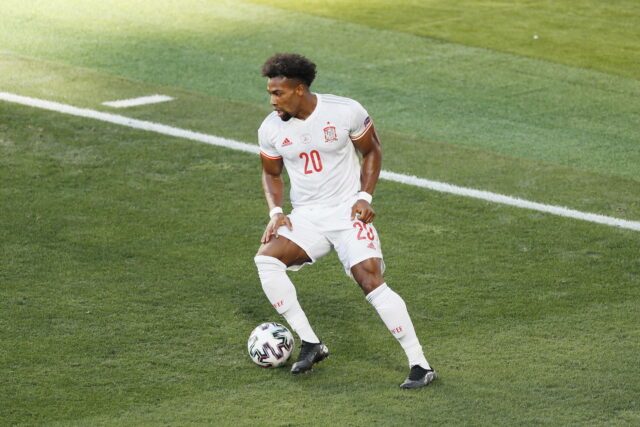 Chelsea remain interested in signing Adama Traore from Wolverhampton Wanderers this summer, according to The Athletic.

The 25-year-old has been linked with a move, and Chelsea are one of the clubs that have shown interest in signing him.

Earlier this month, it has been claimed that Liverpool have made an approach to sign the Spain international.

Traore can play anywhere in the attack, but he is predominantly a right-winger. He has got devastating pace and has also been used as a right-wing back.

Last week, Football Insider claimed that West Ham United have joined the race to sign Traore, and they have made an official enquiry.

Wolves paid around £18 million for the Spaniard in 2018 and will be looking to demand at least double the amount for him.

David Moyes is looking to improve his attacking options this summer, and Traore would be a smart signing for the Hammers.

The Athletic now claims that Chelsea remain interested in the winger, although it is unclear how Thomas Tuchel would use him.

Chelsea have Reece James and Cezar Azpilicueta who can play at wing-back, while Callum Hudson-Odoi has also been used in that role.

The Blues have also got plenty of attacking midfielders, and stockpiling in that department makes little sense when reinforcements are needed elsewhere.

Chelsea are looking to sign a striker this summer, with the Blues linked with Erling Braut Haaland, Romelu Lukaku, Harry Kane and Danny Ings.