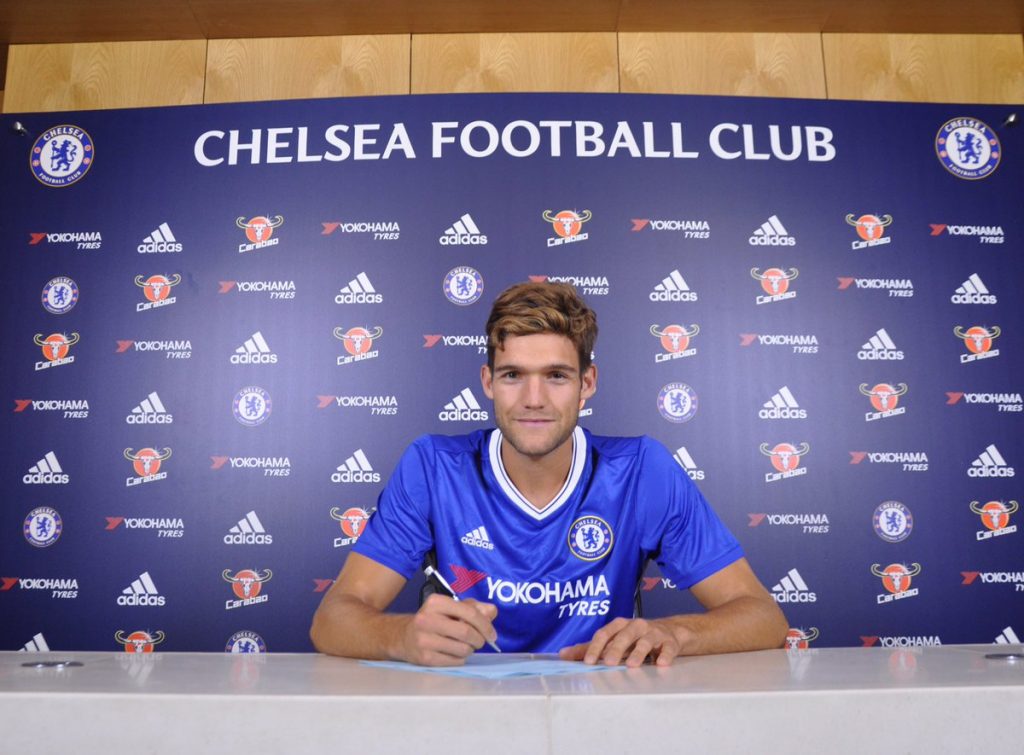 Marcos Alonso has joined Chelsea from Fiorentina on the summer transfer deadline day in a deal thought to be around £23m.

Fiorentina confirmed the deal on their official website on Wednesday afternoon.

Chelsea, shortly afterwards, have confirmed the deal as well on their official website.

Chelsea manager Antonio Conte has addressed the need of signing a left-back and a centre-back and Alonso fits the bill perfectly. The 25-year-old defender has the required experience to play in both positions and therefore would be a very good addition for the Blues.

Alonso said: ‘I’m very happy. It’s a step up in my career and I think this is the perfect place for me to continue developing. It’s time for me to win some titles.

‘It was an easy decision for me to make when I heard the club were interested in signing me. My family and close friends know Chelsea is the club I have dreamed about playing for so I’m really excited about the challenge and I’m looking forward to working with my new team-mates.’

The Blues could make one more signing before the transfer window closes tonight, with Chelsea reportedly are close to bringing back their former defender David Luiz from PSG.

The 29-year-old was a fan favourite during his time at the Bridge and looks all set to re-join his former club, with the transfer fee likely to cross £40m mark, if the bonuses are taken into account.

Luiz will undergo a medical at Chelsea’s training ground around 6pm local time before completing his move.

Chelsea also reportedly inquired about the availability of West Ham United defender Angelo Ogbonna this summer and even reportedly held talks with Valencia to sign Aymen Abdennour on loan.