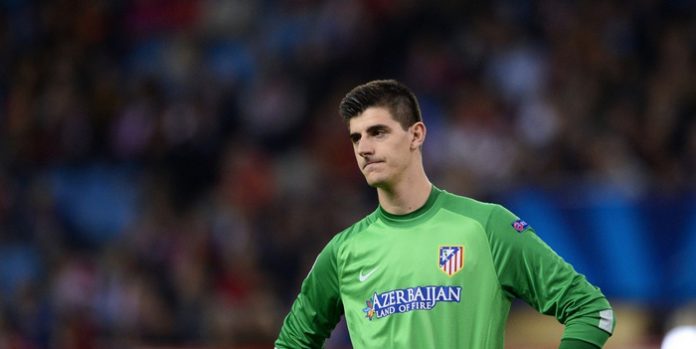 Chelsea loan star Thiabaut Courtois’s future will be decided after the Champions League Final in Lisbon this Saturday, according to Atletico Madrid CEO Miguel-Ángel Gil Marín.

Courtois, 22, became a La Liga title winner on the weekend, with Atletico’s 1-1 draw with rivals Barcelona enough to secure their first league triumph in 18 years, but the Belgian’s long-term future is no closer to being decided, with parent club Chelsea yet to guarantee the youngster a starting berth ahead of Petr Cech.

Atleti CEO Gil Marin insists that the star man’s future will not be decided until after next Saturday’s final however, saying, “What happens with him will be decided after the Champions League final.”

The keeper, who will be between the sticks for Belgium during the summer World Cup in Brazil, has spent three highly prosperous years on loan in Spain, blossoming into one of the best goalkeepers in the business, but is reportedly growing tired of his perennial loan status.

Barcelona and Real Madrid, both beaten to the La Liga title by Atletico, have also been linked with a move to keep Courtois in Spain permanently, but the young star insisted that the decision still remains with Chelsea,

“It’s a great feeling to be champion of Spain,” Courtois said after Atleti’s title win, “I am not sure yet what happens next season. We have the Champions League final [on Saturday] and then the World Cup, so now is not the time to think of the future. I have two years contract [left] with Chelsea, so we will see.”

“If I move somewhere, I will play. With my age, what I want, the most important thing for me, is to play. We will see what happens. But Petr [Cech] is one of the best goalkeepers in the world, he won the golden glove in the Premier League, and I have a lot of respect for him, so we will see what Chelsea decide and what they plan to do. You guys will see the decision [then].”

What do you think? Should it be Cech or Courtois next season? Let me know in the comments below…