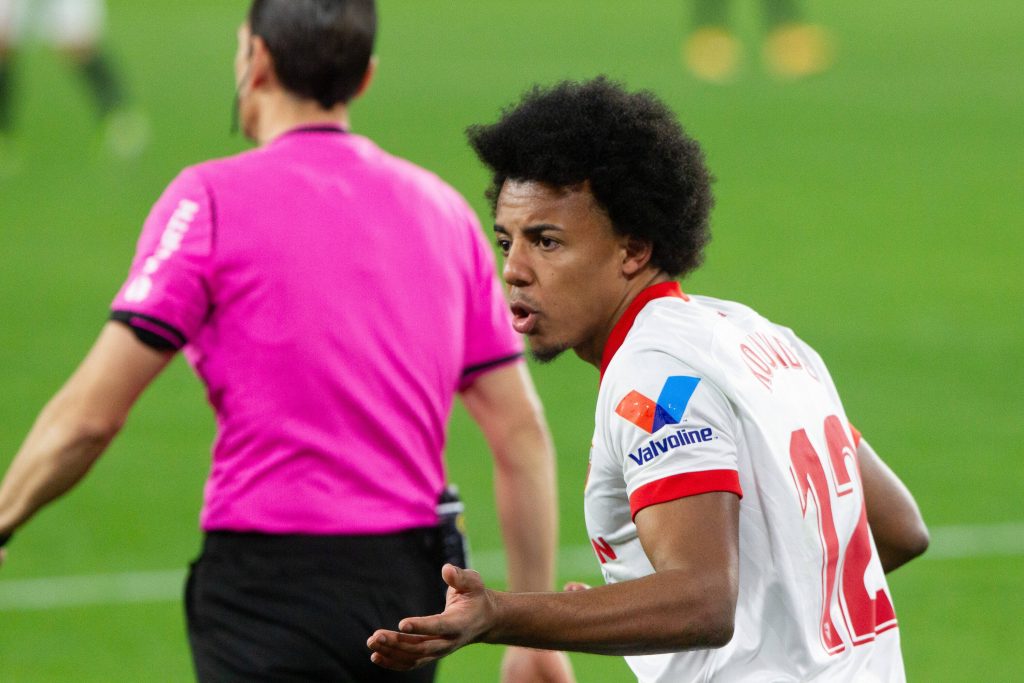 Jules Kounde has been tipped to join Chelsea, despite the Sevilla defender’s concerns over whether the move will go through.

According to Diario de Sevilla (via the Express), the 22-year-old is worried that the deal will collapse as the two clubs cannot agree a fee.

Chelsea are eager to include Kurt Zouma in the deal, but the cash element of the transfer falls short of Sevilla’s demands.

However, journalist Alex Crook has told talkSPORT that he expects a compromise to be reached over the next few days.

“I think Kounde will happen,” he said. “I think at the moment they are haggling over whether Kurt Zouma will be part of that deal.

“I think Zouma wants to stay in the Premier League. I know West Ham would be keen to sign him, but maybe not for the price Chelsea are looking for.”

Chelsea have already agreed personal terms with Kounde, and it is likely to be just a matter of time before the deal is concluded.

Sevilla are understandably trying to drive a hard bargain for a player who has been hugely impressive since joining from Bordeaux in 2019.

The 22-year-old is rated as one of the best centre-backs in La Liga and has the technical ability to be a major star for the Blues.

He appears to be ideally suited to Thomas Tuchel’s favoured 3-4-3 system, and it will be a major surprise if he doesn’t end up at Chelsea this summer.