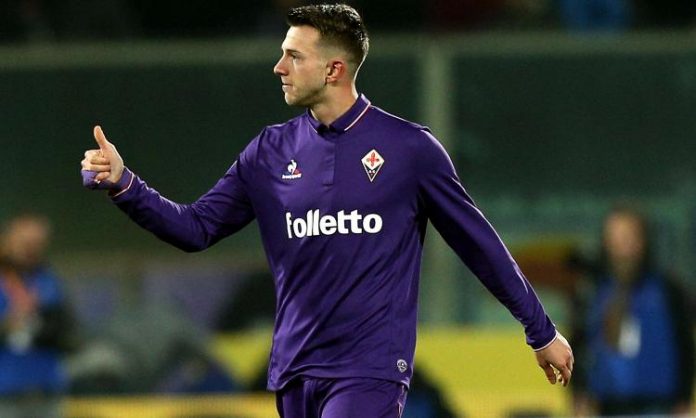 Chelsea are interested in signing the Fiorentina winger Federico Bernardeschi at the end of this season.

Calcio Mercato are reporting that Antonio Conte admires the young winger and wants to sign him for Chelsea. Bernardeschi is a target for PSG, Bayern Munich and Inter Milan as well.

It is believed that Fiorentina are aware of the interest in their player and are looking to agree on a new deal with a hefty release clause. It is clear that Fiorentina won’t let go of the winger for a bargain. The 22-year-old winger has a contract at the Italian club until 2018 but Fiorentina are yet to begin talks over a renewal.

Chelsea are currently using Willian, Pedro and Hazard as their wingers and it will be interesting to see how Conte sets up with Bernardeschi, should the signing happen in future. There is no doubt that the young Italian is one of the most talented players in Serie A right now and is expected to develop into a top class star in time.

The report from Calcio Mercato also claims that Chelsea have no issues with a potentially inflated fee for the Fiorentina winger and Antonio Conte is set to make a move for Bernardeschi in the summer with an ‘astonishing offer’. Chelsea have the resources to sign the best players in the world and therefore a deal should not be too complicated if they are really interested in Bernardeschi.